For five months I went looking for the answer to the question: who are the humans of NDSM? Who are the people who can normally be found at the NDSM wharf? I spoke to many different faces who all have a different view of the public space of the terrain. From artists to creatives, from view seekers to students; this has resulted in a veritable anthology of various people. In this article we take stock. 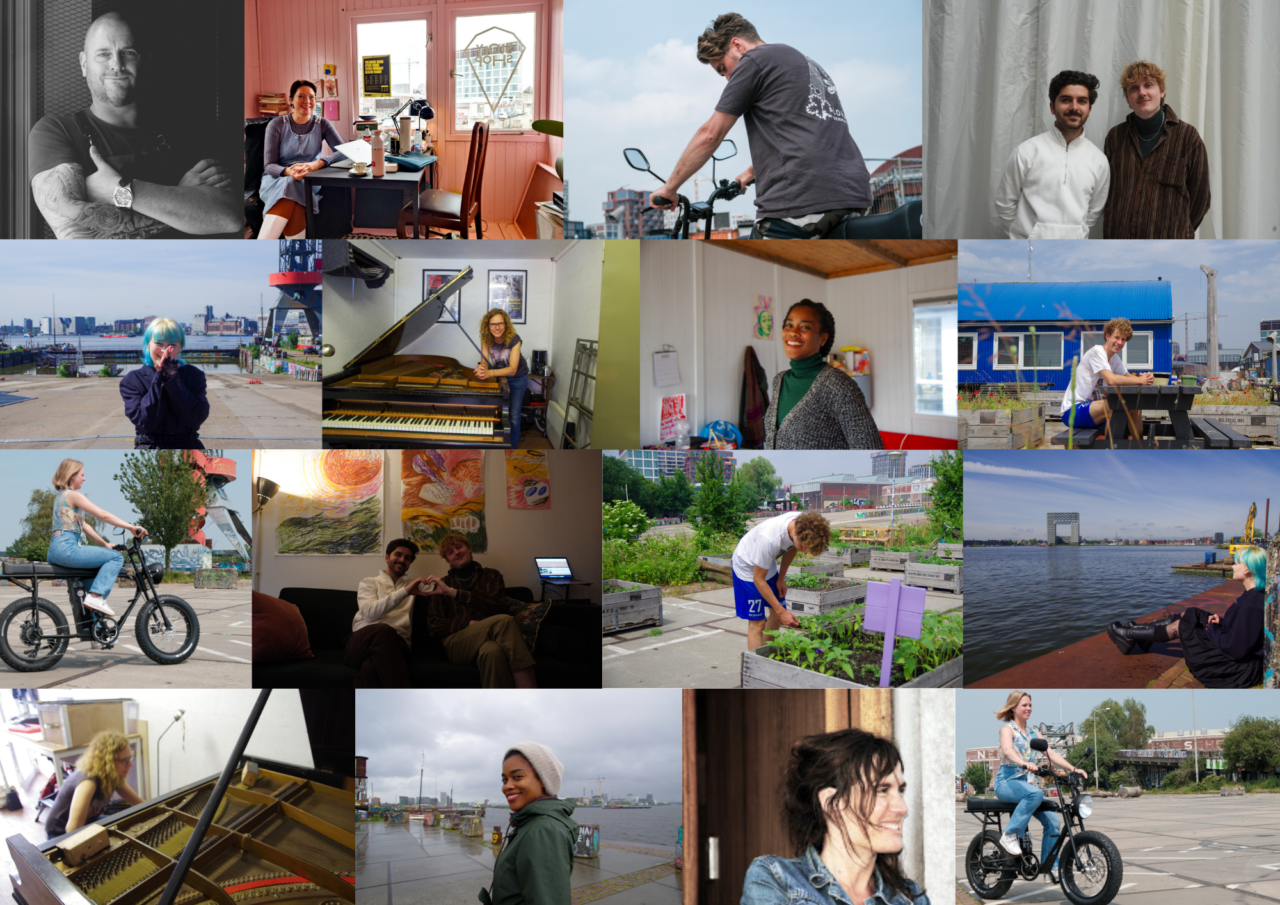 The search began within Treehouse, the place where many an artist and entrepreneur has his/her studio or workspace. Here I met Lies Aris, a writer and artist with many different talents. She was my first interview for this column, the first vision of the NDSM wharf from a resident’s perspective. In particular, Lies envisioned a lot of cuddly art on the wharf if she could be in charge of the terrain, where visitors could crawl in and on, in an attempt to take art off its pedestal and make it more accessible. Lies told me that she works with stories that are hidden behind the people she meets.

It is clear that they are diverse and eccentric

This method spoke to me and I decided to apply this idea to the Humans of NDSM column; the focus had to be on the stories behind the people and especially on their associations with the wharf. As mentioned, this first conversation took place in her studio in Treehouse, it was also the first time for me to enter this center of creativity, not knowing that I would meet many more people of the wharf after her in this place. 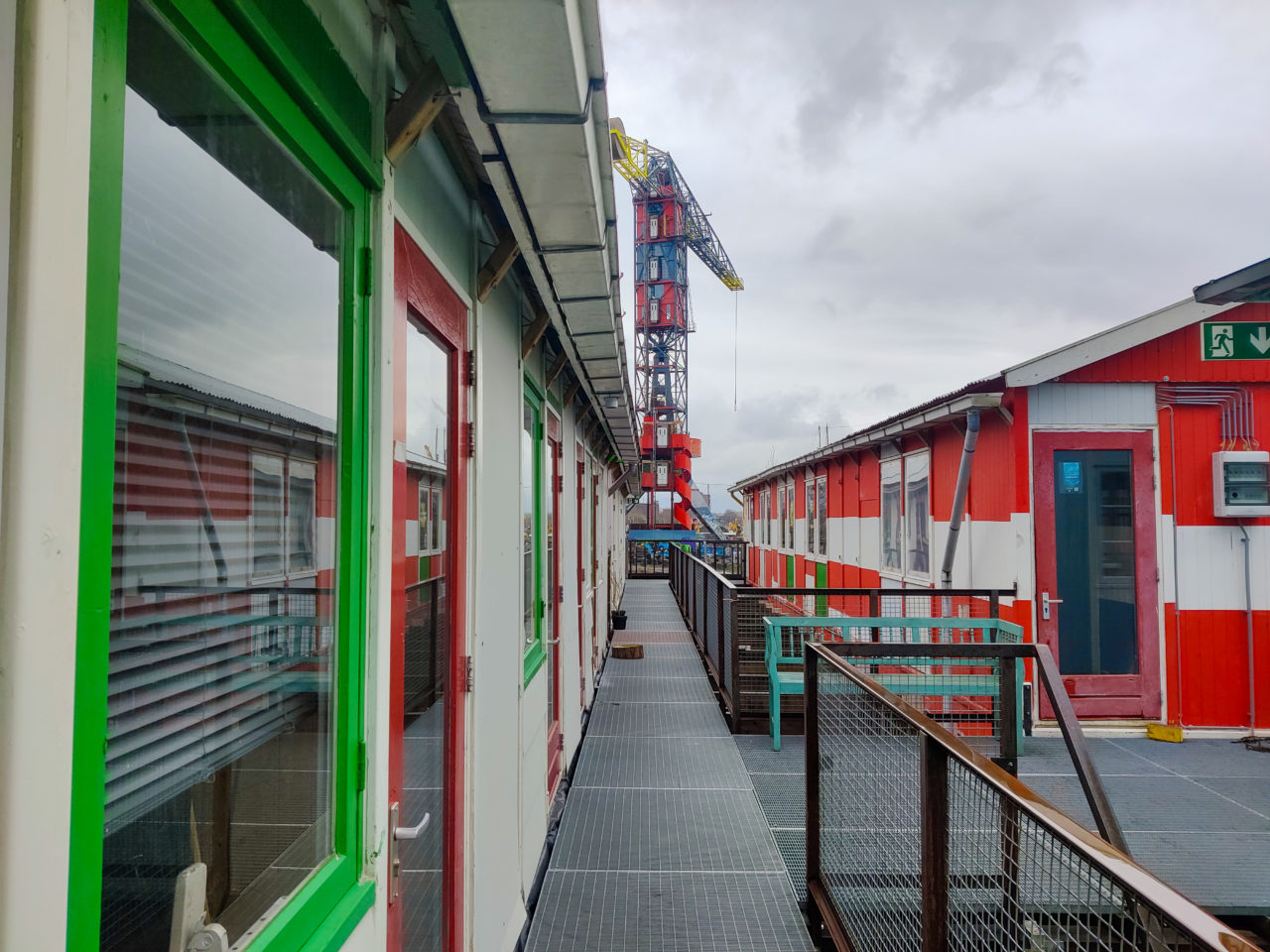 I knew of course that there are many artists at the NDSM wharf, but gradually I was surprised by the amount and variety of entrepreneurs who have stationed themselves at the wharf. For example, I spoke with Richard, a true Northerner who has his tattoo studio in the Y-Helling. Between the workshops and studios in his building, he puts permanent pictures on people who come from far and wide to be served by him. Our conversation was full of silly jokes and lots of laughter, Richard’s hospitality is truly one of a kind.

One of the most inspiring entrepreneurial stories I came across was the story of Martine de Boer. The office girl who, at the age of 50, decided to completely change course and become a piano technician. She left her regular job and after a 3 year education program she now restores beautiful grand-pianos in her workshop in Treehouse. She told me that if she were to be in charge of NDSM, she would do her best to keep the atmosphere as it is now, with plenty of room to keep exploring. An interesting view, as keeping something as it is can be much harder than developing it to be something else. 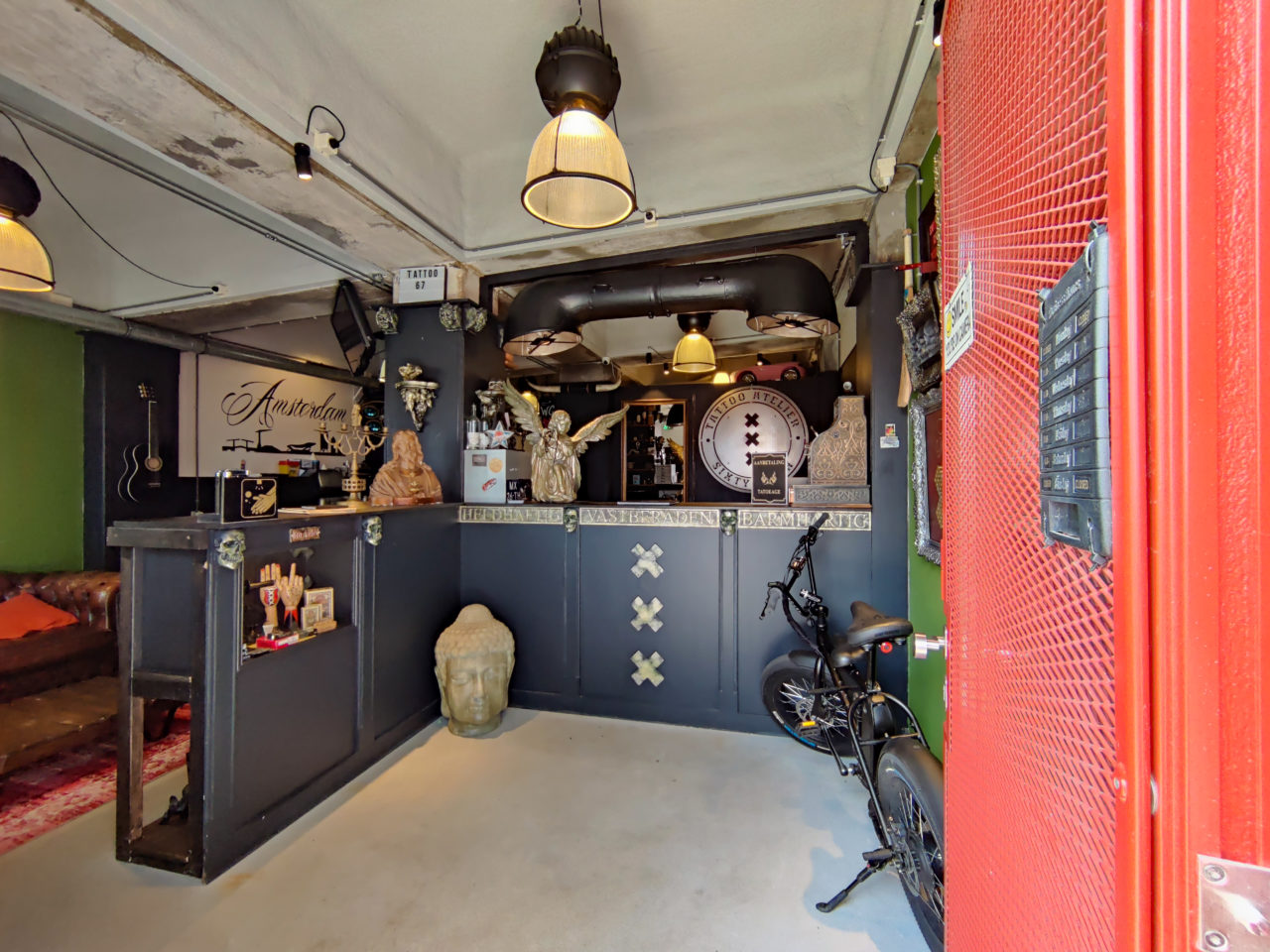 In addition to entrepreneurs and artists, I also encountered younger humans of NDSM. What is it like to be young and have the NDSM wharf as your backyard? Michelle told me what it’s like to study in this part of the city. The caricatures on the many surfaces of the wharf inspire her every day, especially because they change so often. As more humans of NDSM told me during our conversations, Michelle said it’s the wideness and freedom that can be found at the NDSM wharf that makes this place so special. There is plenty of room for experimentation here.

Everyone finds other hidden gems

I also had an interesting conversation with Finn, who often enters the NDSM wharf with a basketball under his arm to go on the 3×3 Unites court. After a leader course, he is now committed to diversity and inclusivity by building communities around basketball. I was already impressed by Finn, but after our conversation he also showed me his dunk skills on the basketball court at the yard. I remember walking back from our conversation with a smile on my face, there is certainly room for young people at the NDSM wharf. 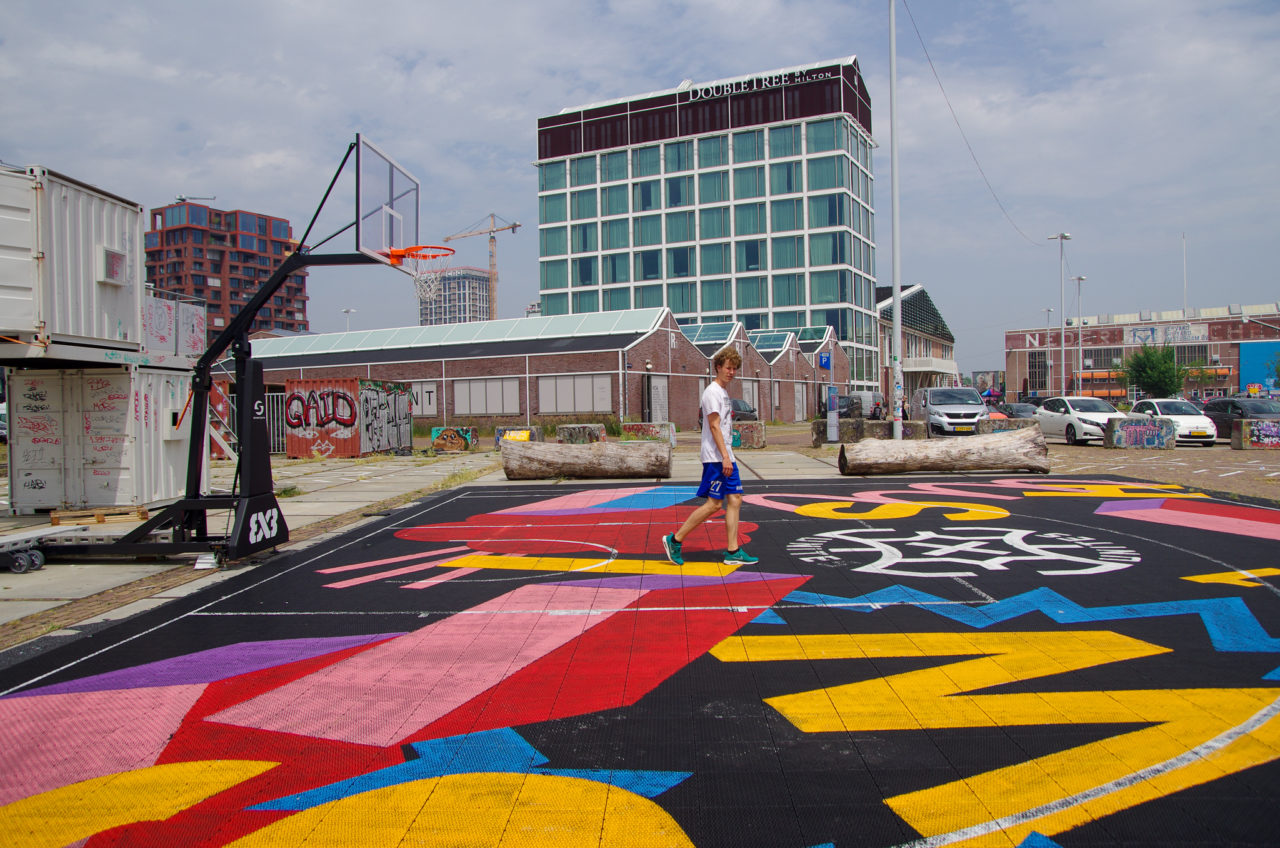 An honorable mention among the people I spoke to in recent months are Ozzy and Tim from Radio Tempo Não Pára (TNP). Their article was the first time they came out with their story, so the pressure was quite high to get it right. What started as a birthday present for Ozzy grew into an inspiring passion project that resulted a radio station in NDSM Fuse. Both novice and established artists from all backgrounds can come and play at Radio TNP, the radio station on the wharf with an inclusivity mission. The calmness that Tim and Ozzy radiated during our conversation, coupled with the smiles from ear to ear, told me book-worths about the amount of fun they have in running their radio station.

Can a conclusion even be drawn about who the humans of NDSM really are? It is obvious they are diverse and eccentric. Whether they come to the wharf to take a walk, put their green fingers to work in the wharf gardens or to work on themselves, their business or their art, everyone seems to have their own association with the place that is NDSM. Everyone will find other hidden gems among the ramps, stelcon slabs and padded tram rails. Perhaps that is precisely what makes the terrain, all their unique views on the public space of the shipyard, all those different ways of filling in this place, make the NDSM what it is.

Can I call myself a human of NDSM? One could argue yes, I have been coming to the NDSM wharf for almost ten years and I have recently started living and working here. In that respect, there may be degrees of being a human of NDSM: some hardcore Northerners are probably more part of the furniture than the twenty-somethings who come to live here for his/her studies. Nevertheless, there is room on the wharf for all those people, something that makes this part of Amsterdam so special in my opinion. Which brings me to what I would do with the NDSM wharf if I were in charge: in addition to a 7-day punk-rock festival with all my favorite artists (sorry, I had to put it in here), I would keep the wharf wide. Ensuring that there is always enough space for the recruiters, the art and the parties. Preserving the heritage, identity and public space whatever it costs, even if that means abandoning plans or claiming more space.

And then lastly this: dear people of NDSM, I hope you keep making, experimenting, pioneering, discovering and preserving, well into the future. And especially to the humans of NDSM I had the opportunity and pleasure to speak to for this column: you have been a true source of inspiration for me and a unique way to get to know the NDSM and its residents better!