In these times of #stayhome, we want to introduce you to people on the wharf. We’ve asked them for a portion of Monday’s motivation and what’s on their minds now that so many of us are confined to our homes. This week: City’s Poet Gershwin Bonevacia 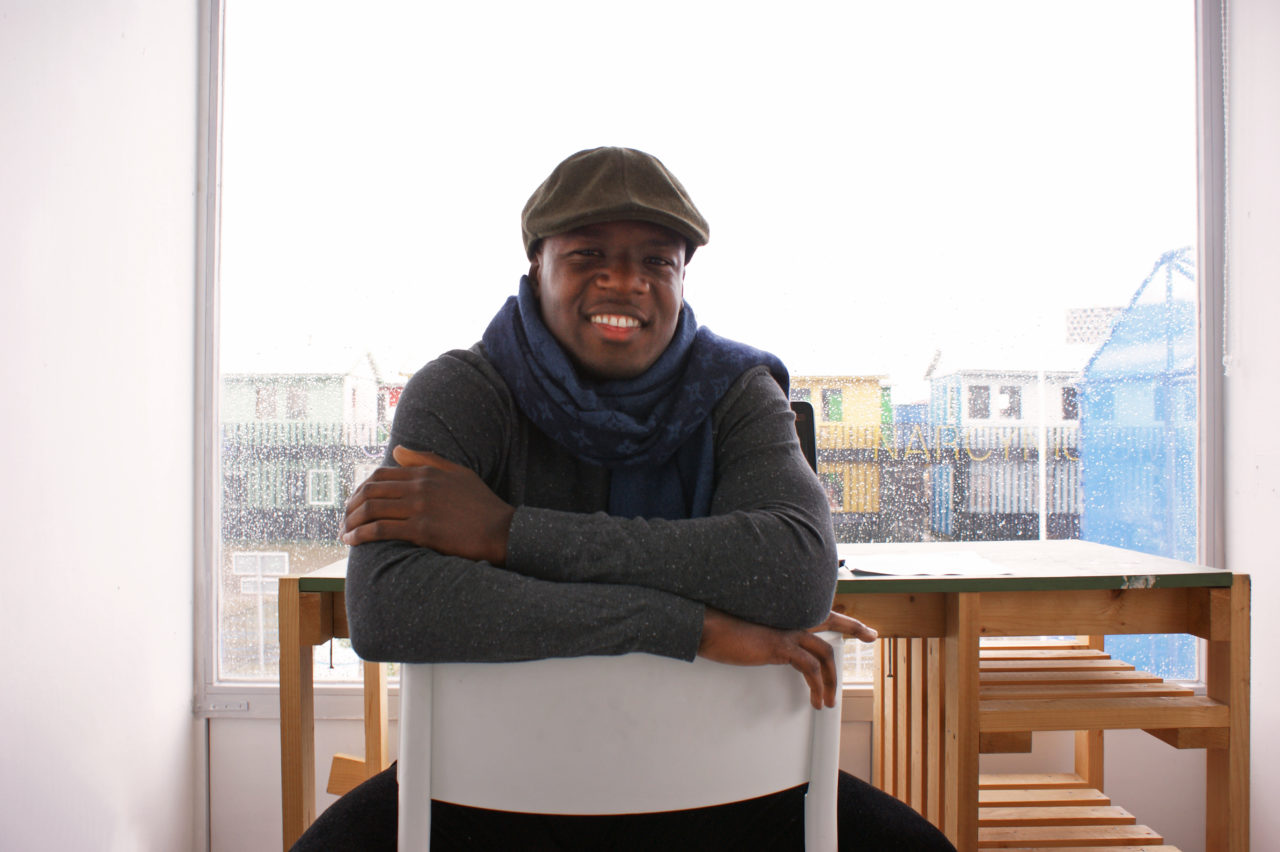 Gershwin Bonevacia (1992) was appointed City Poet of Amsterdam last year in addition to being a full-time writer. In 2017 he published his debut collection ‘Ik heb een fiets gekocht’ and soon he will publish his new collection of poems entitled ‘Toen ik klein was, was ik niet bang’. With his work he strives to connect people from different backgrounds and to bring together classical poetry and al of its branches. During the whole month of May, Gershwin will take place as a poet in residence at the NDSM Nursery Square. The place we meet him.

Hi Gershwin, what a beautiful title you have and how nice that you are now on the wharf for a month! Tell me, is there anything in which you can find consolation in this unreal time?

I think I get consolation from the fact that everyone’s involved. I’m not the only one. Everyone’s affected in one way or another. You can really talk to anybody about it. Sometimes it’s something positive and people find stillness and more time for their family. And sometimes there’s someone who’s having a harder time. So I mainly get support from the fact that everyone is part of the same thing. 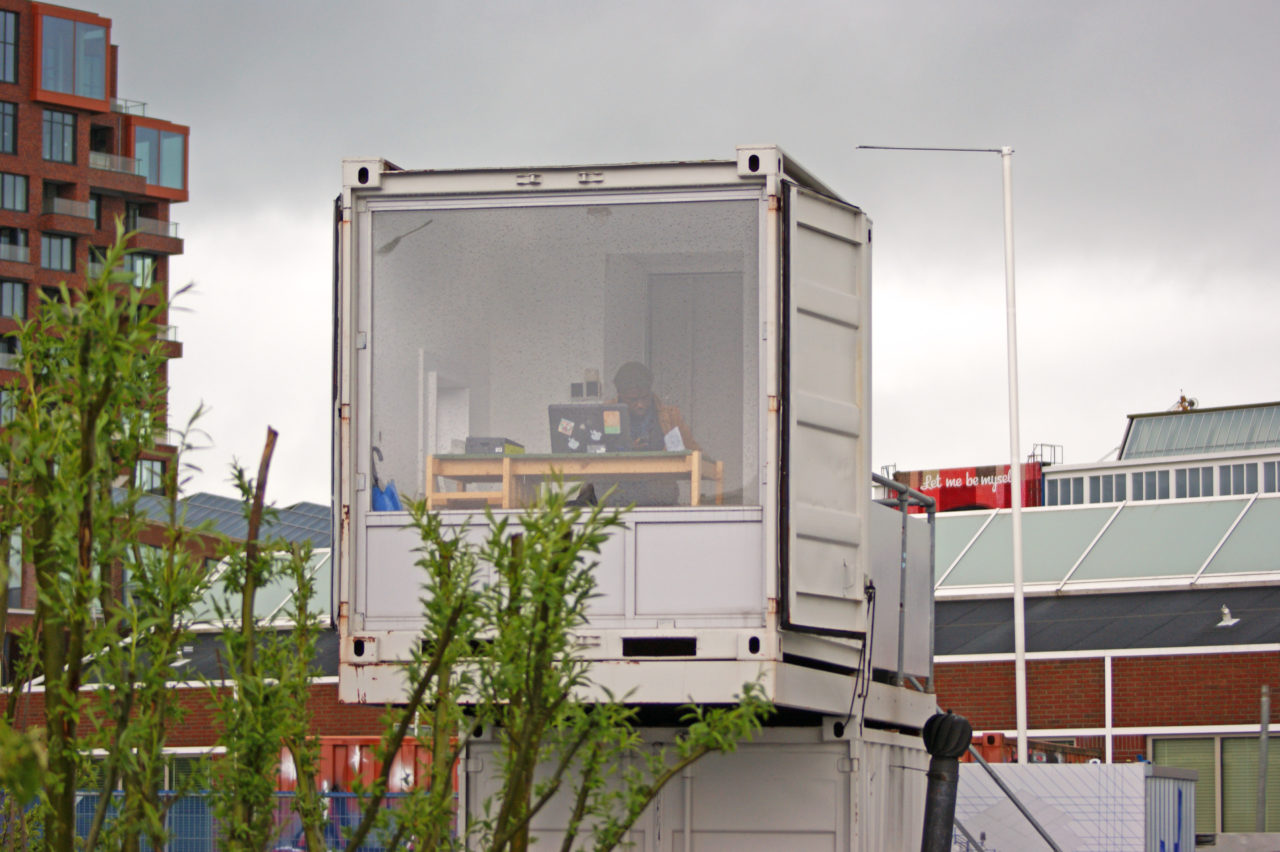 Gershwin in the studio at the NDSM Nursery Square. Image: Julia Lefeber.

I wouldn’t have expected differently, but you put that beautifully. Now, do you have a ritual you perform on a daily basis?

Yes, I have a daily ritual and it’s even tighter than before. Actually, from the beginning of the whole quarantine period, I started with all kinds of online challenges. I’ve been participating in two of them for almost 40 days now. A meditation challenge where I start meditating every morning at 7 o’clock and an insanity workout challenge. I start my day with that and then I finish around 9 o’clock after which I prepare myself for the day.

What does meditating bring you?

Just tranquility. I saw a very nice quote: “if you can’t go outside, go inside”. Tranquility, balance and peace. 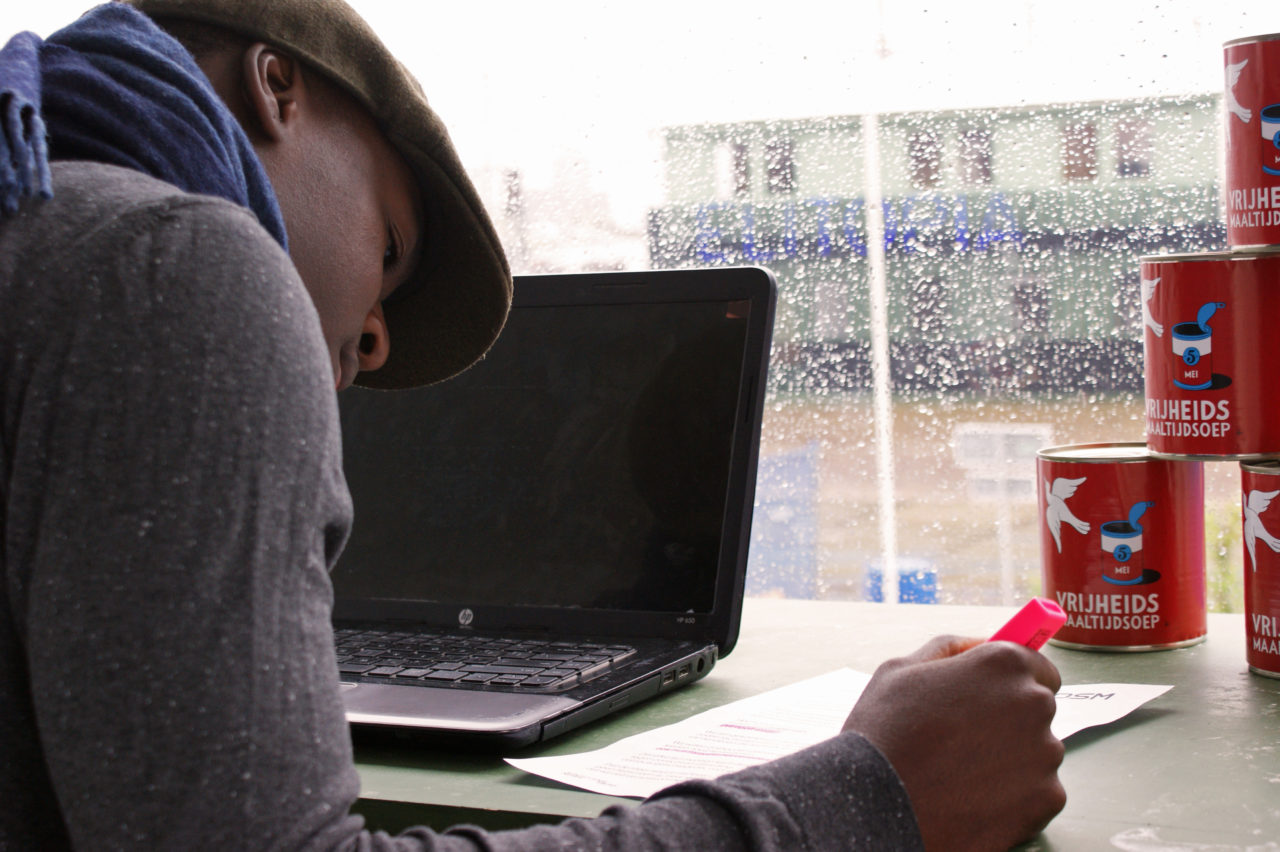 I’m gonna have to take a chance on that. Besides those rituals, is there a work of art you can find strenght in?

That’s a nice question. I watch a lot of movies. I’m watching the Harry Potter film series all over again. That doesn’t necessarily have anything to do with these times. There’s not really anything that really already symbolizes this time for me right now. But I have a lot more room to watch movies and I listen to Podcasts a lot as well.

What kind of podcasts?

I listen to StarTalk radio. It’s about astronomy, biology, the universe and everything that comes with it. There’s already about 500 episodes.

That should keep you busy for a while!

You can never learn enough of course! And do you have any other tips for people in quarantine? 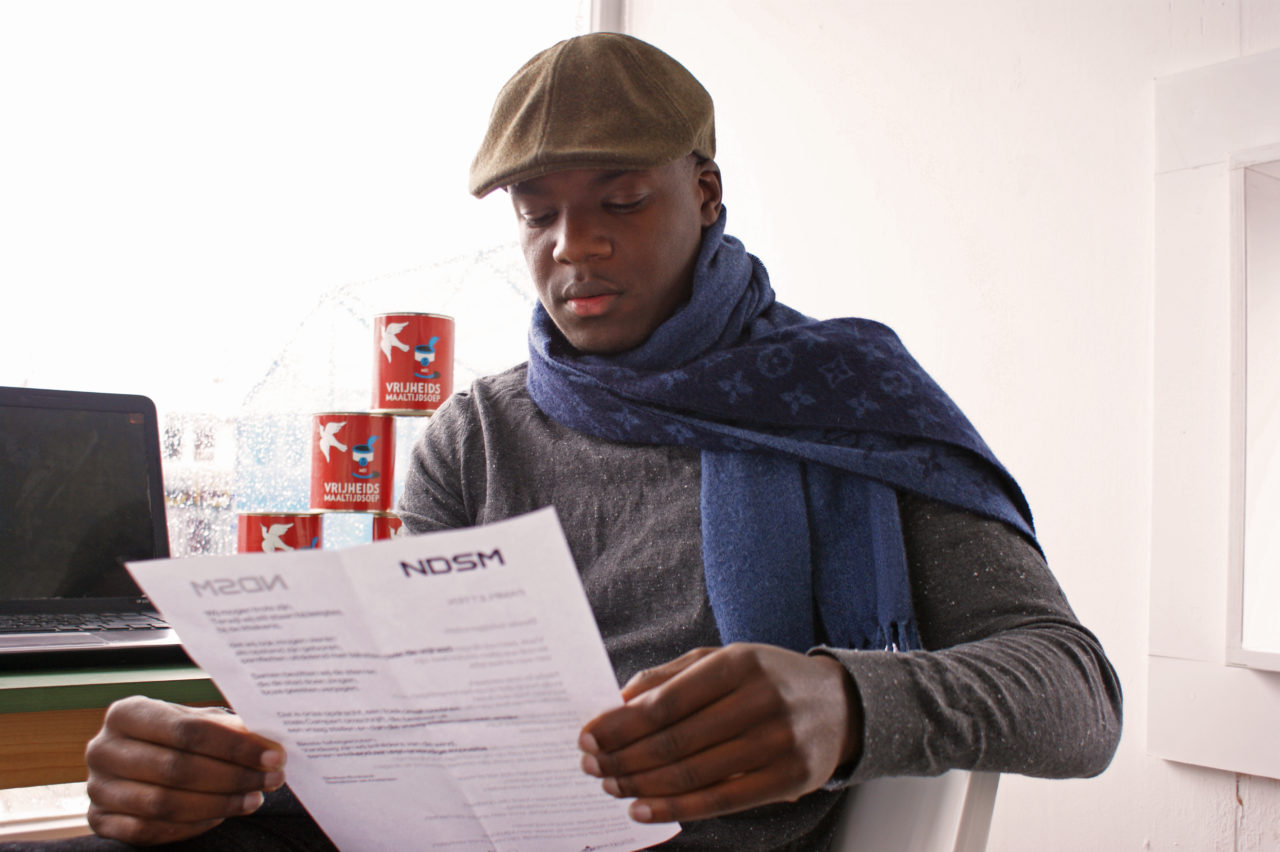 And what shouldn’t people do during quarantine?

Basically, not obeying the rules. I think all measures can be strange and annoying sometimes, but still try to stick to those rules. Try to be a part of all those people. Because together, as a society, as the Netherlands, we have to make this happen.

What are you looking forward to after this period of self-isolation?

All kinds of things! The moment you don’t like something, you start to crave it, so to speak. But what I’m missing most of all is eating out, Cannibale Royale, being with friends, going into town, packing bars, big festivals, Gay Pride, football. You name it! 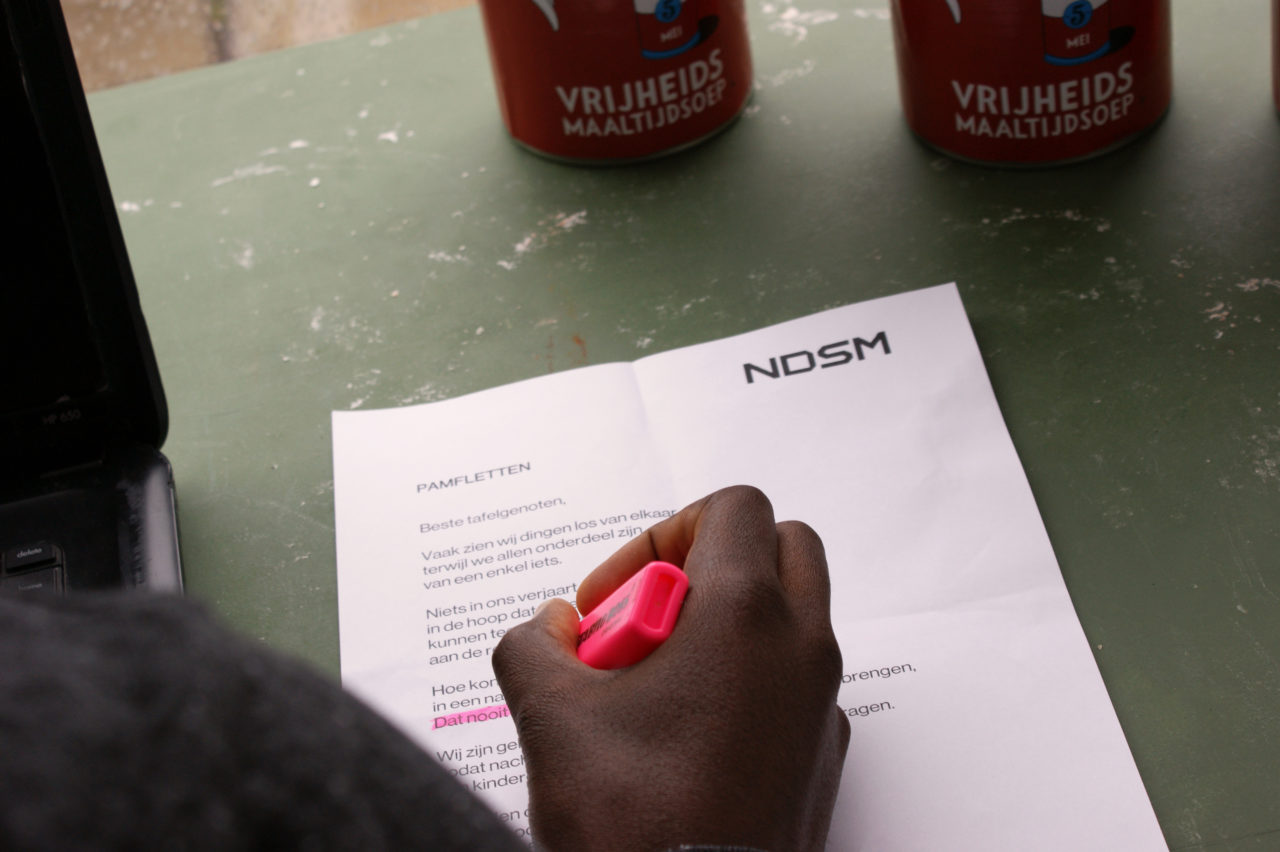 Today the foundation distributes the so-called Freedom Meal Soups to families in North with the poem ‘Pamphlets’ by Gershwin. Click here to read more.