In these times of #stayhome, we want to introduce you to people on the wharf. We’ve asked them for a portion of Monday’s motivation and what’s on their minds now that so many of us are confined to our homes. This week: Floor Wesseling. 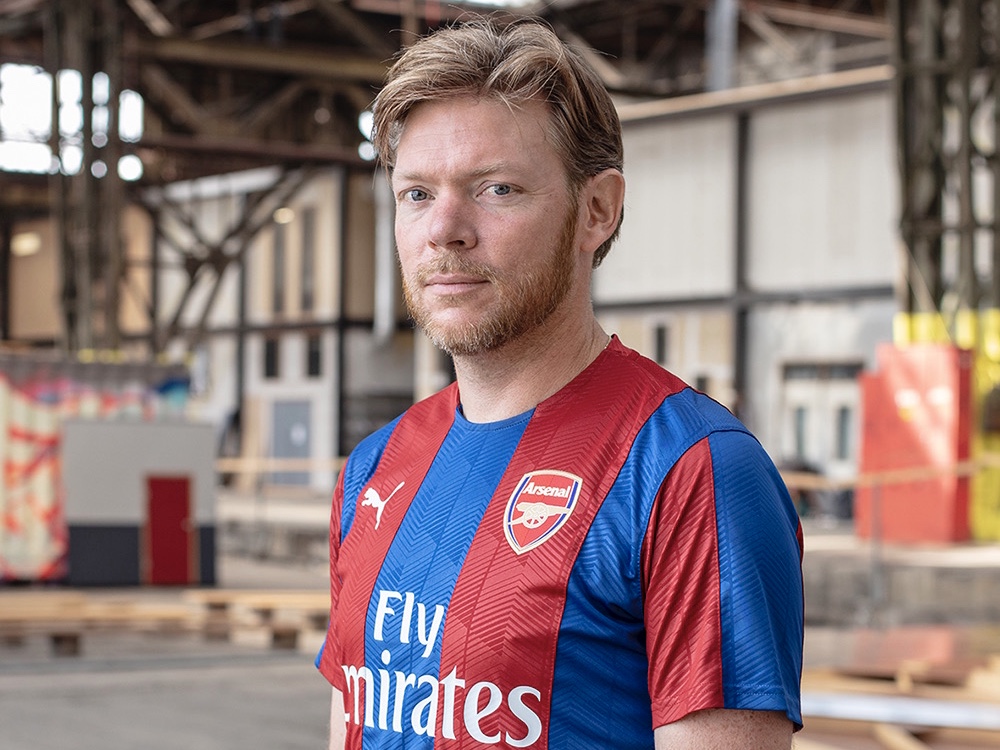 Floor Wesseling (1975) graduated from the Gerrit Rietveld Academie in 2002 and has since worked as an independent graphic designer with his Studio Wesseling in the NDSM Loods. Not only does he work on corporate identities, campaigns and publications for clients, but he also initiates (international) projects himself. For example, before corona he worked with sports brand Umbro on a collection of newly composed football shirts.

Hi Floor! How are things at the Loods?

The Loods is very quiet, but also pleasant to work in these times.

Can you tell us briefly how you ended up in there?

I am a graphic designer and have been working in the Loods since the day of drawing, summer 2006. We were going to rebuild the K-strip as a large group, on the drawing day the whole group had withdrawn and 2 remained. I was in K2 from 2006 to 2015, a nice big space I built and in December 2014 I moved to what is now number 145. That’s the space that was built by the maintainers, on the spot where once a tower would be built for trapeze artists. I have always worked on site, precisely because of the place and the surroundings, I feel at home here.

What do you do now that you have to stay at home?

Now that a lot has come to a standstill, I’m doing a lot of things I never have time for: cleaning up. Not only my house or the studio, but also our portfolio online. I also take a lot of photos again. The emptiness of the surroundings and nature. I have a lot of contact via social media, WhatsApp and the result of the last few months is really Microsoft Teams! Shit that’s really funny. In the beginning everyone is still dressed up, now I only see pyjamas hahaha. Microsoft Teams is a Skype from MS. I really never did that, just a lot to share work, talk and make jokes, see people.

Yeah, it’s gotta be top times for all videocall platforms. So do you listen to music in there?

I listen a lot of radio and that’s no different now. A lot of reggae these days, especially a lot of playlists. If you listen to that, you can’t be gloomy. In the evening quite a lot of Coltrane and Baker. Recommended is Kiwanuka. Lately also a lot of old Hiphop. Somehow I’m going to look back, listen and see a lot of old stuff.

Beautiful! Those are indeed relaxed tunes. Is there a movie you’d recommend to us?

I saw posters of Do the Right Thing in town, one of my favorite movies that ran in Eye. Old Spike Lee movie from 1989. But not now, so I want to see it at home soon. Also Green Book, Joker (cozy), and I recently watched Parasite, a must see.

Do you have work that gives you strength or inspiration?

Work that hangs on the wall here and what I often look at is a G by Vincent de Boer. Check that guy out. The last work I saw in public just before the lock down was at The Gallery Club: a photo by Roosmarijn Pallandt. A Japanese forest printed on carbon paper. I think that’s similar to a work by Malevich.

What are you working on now and how vulnerable is that to realize now?

I’m working with Umbro on a collection of football shirts. It is an international competition organized by the sports brand and for each of the 11 winners we make a shirt consisting of a number of shirts that tell his or her story. We visited Umbro in Manchester just before the ‘lock down’ and picked up the shirts. The digital part of that project is now done. It really is a collaboration and handiwork of course. In addition, the project will be filmed for a short documentary. The journey such a shirt makes from Manchester to Amsterdam and back. Only everything is at a standstill now. We can cut and sew, discuss, but then again we can’t film. Never everything at once. So everything’s on hold. 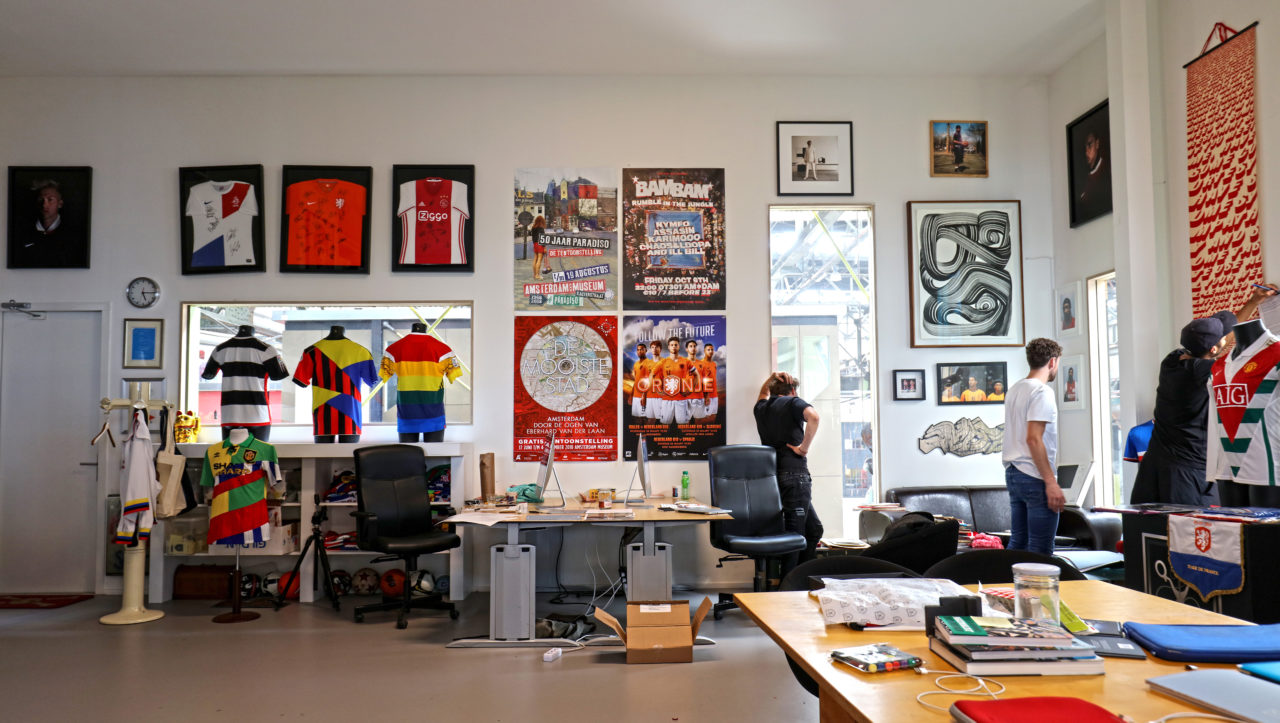 Do you have a daily ritual or challenge that we can perform at home or on the NDSM to stay a bit sane?

Every morning I eat a bowl of fruit with yoghurt hahaha and that’s new for me! Pineapple people! Tasty and very healthy.

And other tips to help flatten the curve?

What people have to leave is panic and paranoia.

Very good point, haha! Finally, what are you looking forward to after this period of social distancing (on the NDSM or in general)?