In times of #socialdistancing, we’d like to introduce you to all those people at the wharf. We’ve asked them for their Monday motivation and how they’re getting through these unusual times. This week: Erik van der Paardt from Erik’s House. 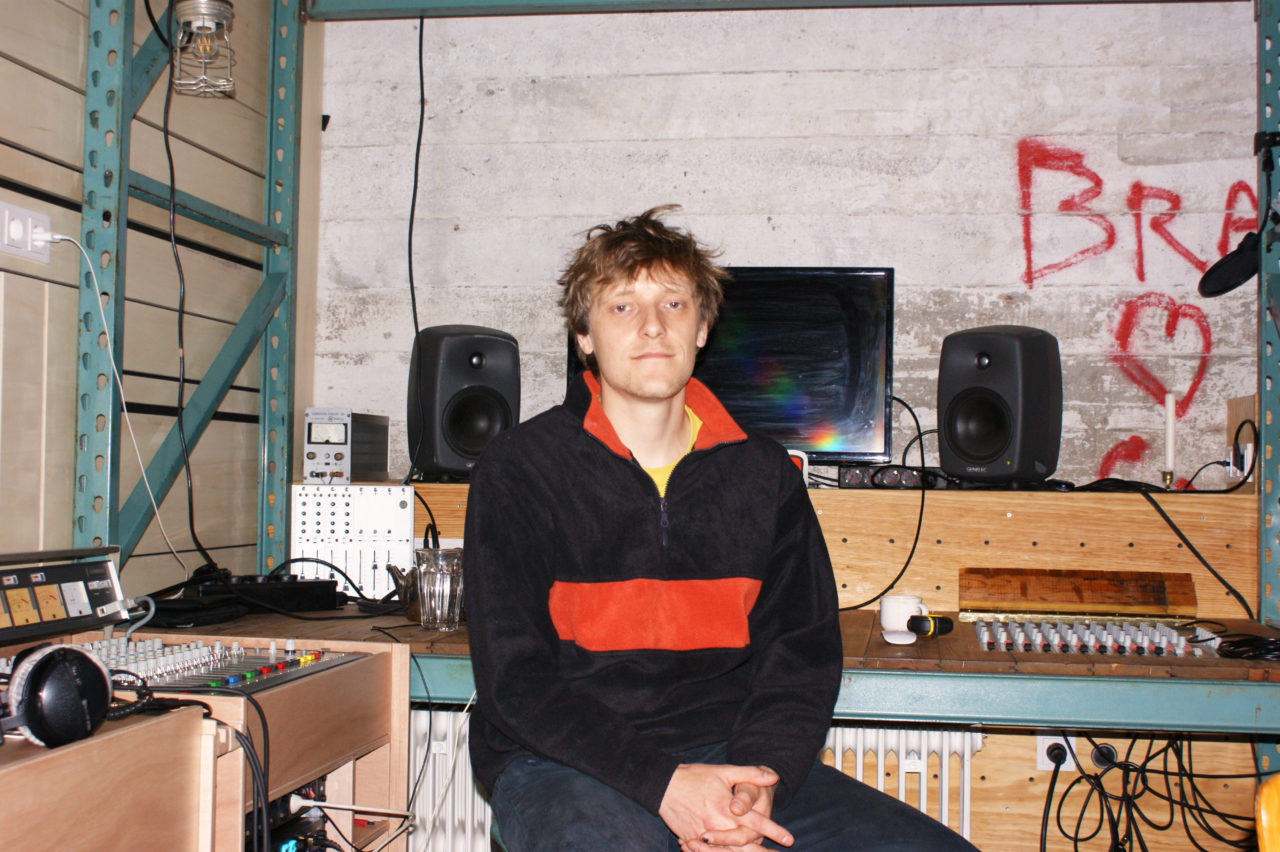 At the NDSM-wharf you can find a lot of cool studios. Some of them are located in a surprising place you have to search for a little better. An example of that is Erik van der Paardt’s studio which is located in the Y-slope. Erik’s House serves as a rehearsal and pre-production space for bands and podcasts – like NDSM X – are recorded there as well. The last couple of months Erik himself has done a lot of work on his studio which is getting more and more beautiful.

Hi Erik, how did you end up at the NDSM?

I’ve had a space in this part of Amsterdam for 6 years now. Since 2017 I’ve been located in the Y-slope on the NDSM and before that a few hundred meters further on the Klaprozenweg. More specifically at the area that was deconstructed at the beginning of this year. This was in between Waternet and the Praxis, right next to the Bo-rent.

I always used my spaces to make music and rehearse with bands. When I suddendly no longer had a band I played with a lot, I was looking for a way to keep the stuff I had collected and (my ideas for) the space and I started renting out more and more as a rehearsal and pre-production studio.

When that went quite well a year later, the property was sold to an investor who only offered me an anti-squatting contract for the same amount of money. At the same time the renovated Y-slope was delivered.

I could choose to rent one or two rooms there. One room I found a bit boring: I could put all my stuff there but it would be a bit less of what was there before and then with neighbors, without outside space and a lot smaller. Two rooms would be much too expensive, but I could use my imagination and work on a dream that became more and more clear: a recording studio.

So I chose option two and after the first couple of stressful corona weeks I had the most relaxed time in years. Completely empty diary, big money worries and then realizing that there’s really nothing you can do about it. 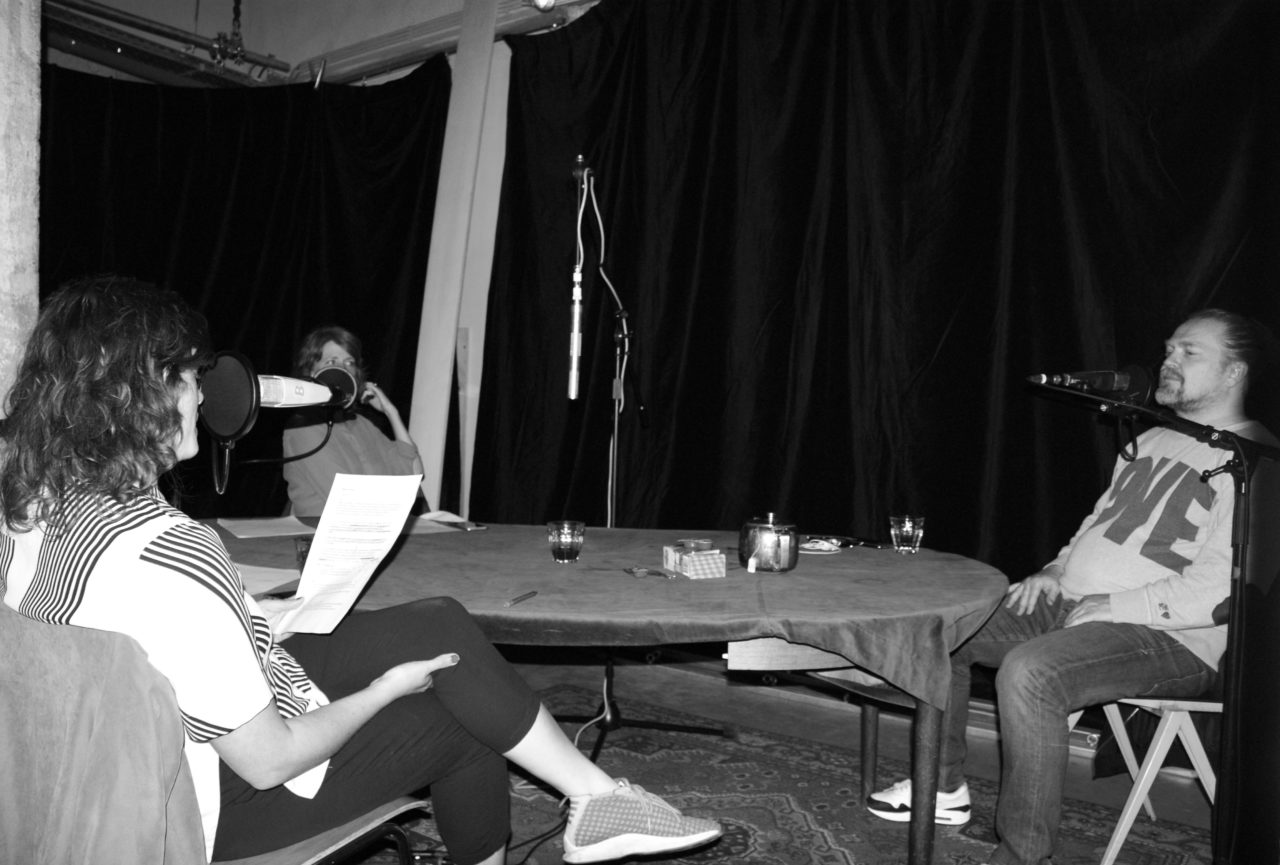 What has kept you busy then?

When I was able to look at what happened that way, I came across jobs that had been lying around for a long time because they required a lot of concentration. I haven’t touched an instrument once in the last couple of months, but I have charted the acoustics of my recording room step by step and devised and built installations to improve them or sold equipment and collected new ones to improve/change the recording workflow.

I worked mega hard and often relaxed because I thought: this is what I’m doing now, as good as I can, because I like this now, it can all go by and then I’ll start over again with something else.

That you’ve worked hard can also be seen in the studio itself. Every time we come for a recording for our podcast, you’ve improved the recording space and it looks even more professional every time. Did you spend time on a new ritual besides work?

When I started working again my girlfriend got sick and came to Amsterdam. I visited her every afternoon and we often went for a walk. That contributed to a rhythm and I felt super good and rested. I was able to do something for someone else and I was doing a lot for myself too.

Now I often go for a walk on my bike through Waterland, mostly in the evening on my way home. I prefer to do that for a couple of hours and dive halfway into the Markermeer near Uitdam. Then I cycle back over the dike at sunset. It is actually closed off, but you can still ride it for a while. A mouth shield is handy for the flies.

That’s really nice to do especially now with these temperatures! Artists and bands were hit hard by corona, because their performances couldn’t go on, how did you experience this?

I really liked the fact that there were bands that just went on with what they were doing. For example Global Charming or A Fungus who have been here quite a lot and whose new music can be heard or new work will be released soon. I hope more initiatives or opportunities will soon arise that will allow live music/performances to be shared in less polished circumstances. If this doesn’t happen for them, I hope that the people who don’t play now, or barely play now, together will make sure they do have a stage.