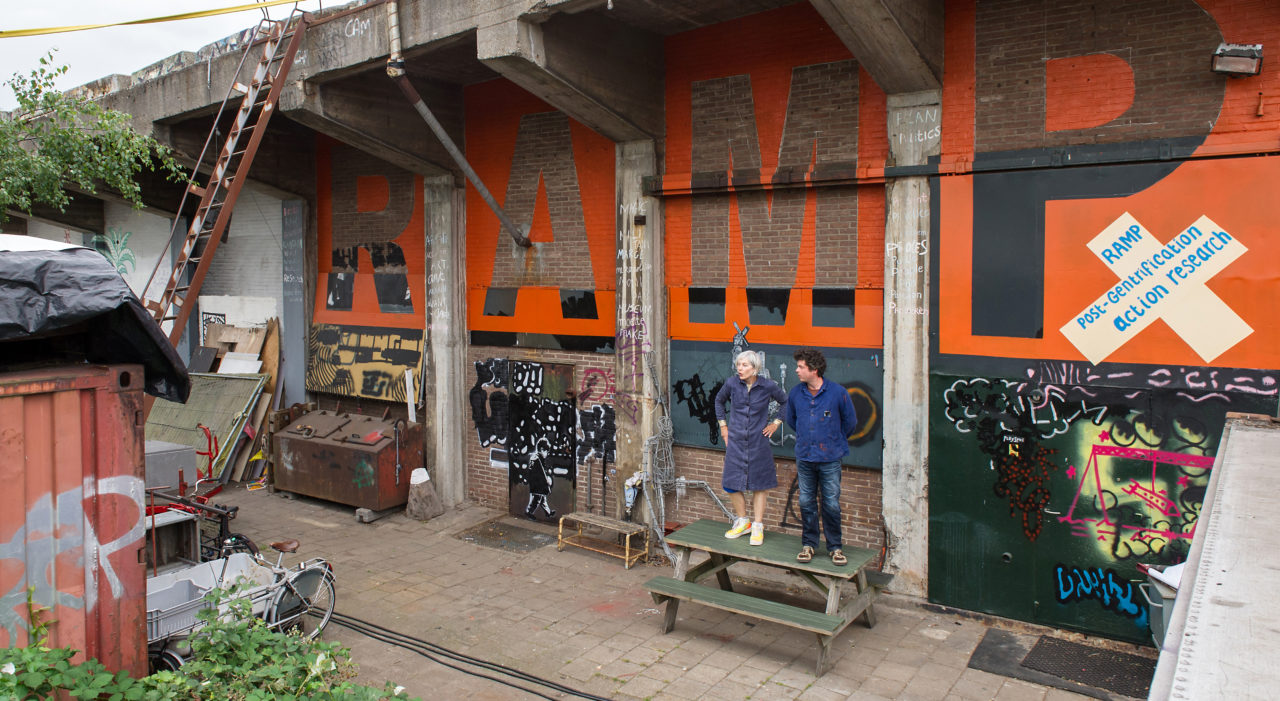 Klaar van der Lippe (1961) and Bart Stuart (1972) have been working as an artist duo since 2005, based at the NDSM-wharf. They approach social processes from a critical point of view and in a visual way they try to get a conversation going between different disciplines and perspectives. In doing so, the duo is not limited to the production of tangible objects, but works with an intrinsic interest in ideas. In their projects, both at home and abroad, authorship in the public sphere is a central theme.

Hello Klaar and Bart, hopefully you’re doing well despite these strange times. What are you currently occupied with?

What’s this work about?

We take the presence of the NDSM shipyard in Amsterdam for granted. At most, we’re talking about the ‘history of the shipyard’. But what was the context in which that shipyard operated? Who are the founding fathers of the NDSM? What were their motives for building a shipyard? What flows of goods and people were facilitated with these new ships? Where did the ships go? What do the sailing routes say about the Netherlands? What was the Netherlands as a territory then and how did that change…?

And when can this project be seen?

The scaffolding/FRAMED #8: world trade was originally planned from mid-May to the end of June in the purple zone in front of the X slope. Visitors of the NDSM-wharf will then be able to see it in the background of their selfie. Of course, we’ll have to see if that timing is still good. 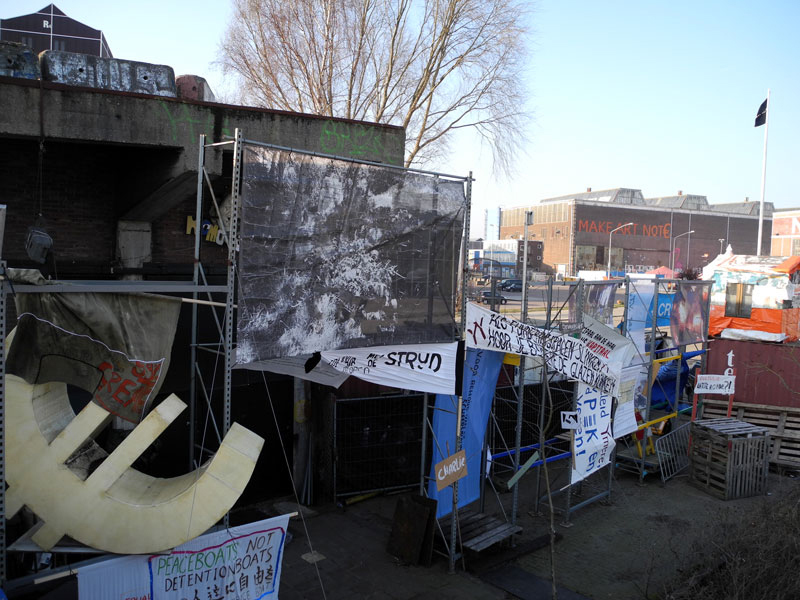 Besides realizing this project, what do your days look like? Do you have a daily ritual that others can perform at home or at the NDSM?

Consciously use each sense once a day. Listen to your surroundings. What do you hear? Birds, cars, children? Concentrate on something that catches your eye. What do you see outside? Feel your inner tone… How do you sound?

That sounds like a soothing exercise I’m definitely going to do! As for stimulating hearing, what kind of music sounds through the speakers?

And also jazz music by Manu Dibango, 87, who just died of corona…

A sad story… This song, on the other hand, invites to be danced to! Are there any podcasts you recommend?

The Left Right Game! It’s a Sci Fi podcast with a new episode every Monday.

It’s nice to be able to escape reality through stories. On that note: which movie shouldn’t we miss?

I agree! Are there any specific works of art from which you can draw strength and inspiration, especially in this day and age?

Fashion by Walter van Beirendonck and art by Tajiri.

What is an absolute no-go in times like these?

Unconsciously distrust each other.

Do you have any other tips to get through these days?

Create corona Diaries. Write down what you’re going through and notice how you’re changing. Take a look at weme.art.

And finally, what are you looking forward to after this period of social distancing?

Greeting people again with an embrace…