For the project Tower of Babel at NDSM, we enter a conversation with eight artists, who each contributed to this art installation in their own way. Through a variety of workshops, they invited Amsterdammers to reflect on their vision of the city of the future. Together, they created multifaceted artworks that will be displayed in an eclectic wooden tower construction at NDSM, on display from September 18 to October 17. In this sixth edition: musician Brendan Jan Walsh. Last week, as a tribute to the Tower of Babel, he directed a diverse choral ensemble at the NDSM theater as they performed a piece written by project initiator Guido van der Werve.

Don’t forget to also watch his video interview, made by Anna Sidorchik (OatStudio):

Next to this video interview, Teus Hagen met with each artist for some more in-depth questions. He meets the composer, cellist, and conductor (and much more) on his rooftop terrace in Amsterdam-Noord, where he has just started his day contently after having slept in properly for the first time since many weeks.

I see my ideal city of the future more as a collection of different tribes. Currently, we live very individualistically and alone. If you ask me, it wouldn’t hurt for small communities to come together a bit more. Perhaps it’s just like the body: sometimes all kinds of cells gather where they are needed to solve something together, and then they move on. Let the city be a village again. I think it would be good if we would start living more like tribes again.

I hope that, someday, we can say: “Remember when humans were so stupid, that they were babeling?”

How familiar were you with the story of the Tower of Babel?

Damn, you got me… Haha! If I remember correctly, the Tower of Babel was mankind’s idea to create a building that reached heaven, as a sign that they no longer needed God and religion. And the humans’ hubris was then punished. That aspect of hubris speaks to me the most. Where would we be if we hadn’t had that? Perhaps we would still be wandering as-then still wandering tribes today.

That interpretation is indeed quite accurate. Can you expand on this a bit more?

You speak vanity when you have crossed a certain boundary, but who has defined that boundary? To give a local example: is it courageous here in Amsterdam to try and solve the housing problem by building large towers, or are we damaging the old character in the process? And another nice comparison: the Tower of Babel is about God, but I think we worship money in a similar way. Where once it was about asking “Is this going to get me to heaven?”, that has now become “Is this financially smart?” Our Tower of Babel today is the bank account; how large can we make it? We are unique in this: money is a human invention, no other animal trades with it. Look at us building and babeling. Hereby: I babel, you babel, we all babel a little too much. I hope that, someday, we can say: “Remember when humans were so stupid, that they were babeling?” 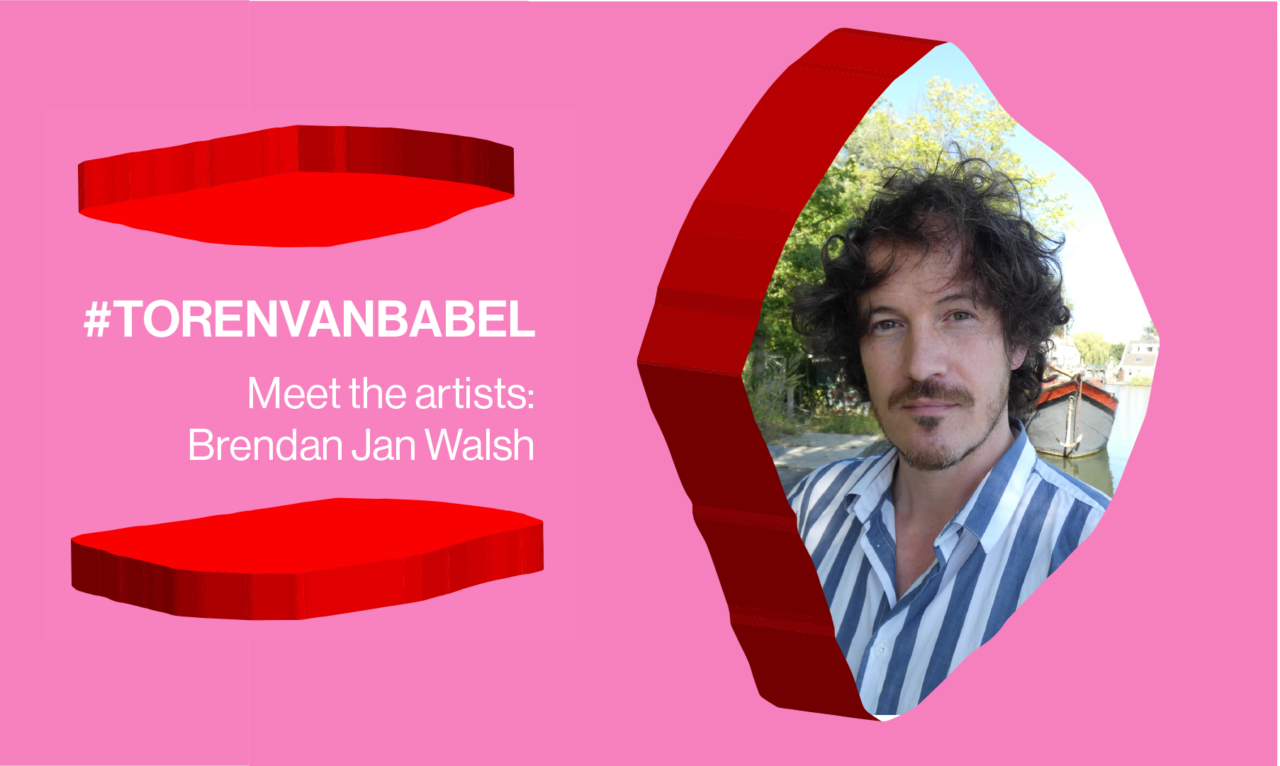 The last time I was at NDSM, I drove right past it; I didn’t recognize it anymore! It has changed so much. I moved to Amsterdam 11 years ago and got to know Noord fairly quickly. Back then, NDSM was still really on the rough side. When we were looking for fun alternative venues for the Classical Music Rave, we found that NDSM (and the skate park at the time) was becoming more and more well-known. Now, it has really become a part of the city, where fortunately there are still remnants of the industrial.

That really colors it. I think it’s fantastic what a place like Pllek has done; showing that we can make it very beautiful here, even though people used to say that you didn’t want to be found dead here. Now I think a lot of people would be happy to have their grave here, haha!

The fact that this Tower of Babel is being built at NDSM, between all the other buildings, between the steel cranes and the ships that pass by, and that constant urban development, I think is very good. One problem with big projects and ideas that are imposed by the government or certain positions of power is that there is no room left for individual play and initiative. But that is precisely what keeps things a bit human. A village or a street only comes to life when the residents take the initiative to do things together, whether it’s a barbecue, a puppet theater, or singing in a choir.

Actually, we should not forget that – from whatever position in our human hierarchy – we as humans are not all that much. And let’s enjoy that too. We must realize that we can achieve very clever things as human beings, but in how we fill this in, and why, there must remain room for everyone. Especially the ‘how’ is important. I would actually imagine a contemporary Tower of Babel to be a big (ugly) building of glass, steel, and concrete, but then few people have the idea that they really contributed to it. No one can then say “Hey, see that flower over there? That was an idea of mine, to put that there instead of a bare stone,” while it is precisely that personal touch and shared pride that is so important.

Being an artist is an individualistic profession at times. The Tower of Babel project, however, is about a collective and bringing together all kinds of works made by many different people. How do you feel about this collective way of making art?

I like working in a collective immensely. There has to be one crazy person who comes up with an idea, and sometimes that crazy person, it seems, is me. In the US, I was sometimes called a one-man revolution. Then I first thought “wow, thank you,” but then “oh wait, no, not thank you,” because the revolution really only starts with the second person. Otherwise, you’re just a don quixote or a lunatic. Something can only take shape when a collective says “we’re going to do this.” And any material structure only gets somewhere when people put their strength into it.

I’m someone who likes to provide a framework and then say “Dear collective, now it’s up to us to fill it in, and I have faith in your creativity, craziness, and aesthetic judgment to fill it in the best way possible.” For this project, we’re going to be working with a choir and small orchestra, and it’s the consonance and collaboration that will make it something very memorable. No one’s individual voice will rise above it; the group sound makes it something special.