This winter, Stichting NDSM-werf presents (Come To) Light, an exhibition consisting of three light works by international artists. With their works, they shed light – both literally and figuratively – on topics and persons that are important to them. Who or what should be visible in the spotlights of public space? In this edition, we speak with visual artist Johannes Büttner (GE, 1985).

How did this project start for you?

I came across the so-called Free Energy conspiracy theory by binge-watching videos which were suggested to me by the Youtube algorithm. The protagonists in the Free Energy niche of the Internet are claiming that there are better, cheaper, and more efficient and ecological ways to produce energy. This caught my attention because I think it’s one of the biggest challenges we are facing today. There are voices in that scene who are certain that this knowledge is suppressed by authorities and the oil or nuclear lobby. This on the other hand sounds likes a conspiracy theory to me. I found videos and manuals of Free Energy prototypes like machines and batteries, which are promising to produce energy without wasting resources but rather using not yet discovered energy sources. What fascinates me is this idea of coming up with inventions that are supposed to revolutionize our society and the way we are living. It’s like searching for the ‘stone of wisdom’: trying to make gold with alchemy, inventing peace bringing machines, and so on. Some of these projects work like a ‘perpetual motion machine’ (which is impossible according to physical laws), others are using energy fields from the earth or space. Their inventors (critical voices would say ‚pseudo-scientists’) make the valid point that there are lots of things we don’t know yet – just like how for a long time, humanity believed that the earth was flat. That brings us to another YouTube conspiracy theory niche.

What do you find particularly captivating about these theories?

I think it’s interesting to see how these „utopian“ machines are claimed as „disruptive“ technology and how they’re presented in this underground scene. The tech industry loves disruptive technology and refers thereby to a catharsis or cleansing thunderstorm which sweeps away old systems and habits. Tech product presentations are usually not questioned as much as a presentation of a perpetual motion machine. And I agree that there are on one level good reasons for that. On the other side, the tech industry determines very much what is seen as utopian today and as well what needs to be swept away by their disruptive technology. We are constantly confronted with new technologies promising to make our lives better. In the same way, this technology is so engaging that it´s very hard to avoid it. Being then confronted with a presentation of a machine that produces electricity and thereby powers a light bulb – and its inventor tells you that this offers a possibility to change the world and liberate humankind – is somehow poetic.

I got into contact with some of these hobby-scientists and asked them if they wanted to supply me with some of their inventions. I ended up working with ‘crystal batteries’, consisting of alaun, copper, and magnesium bars which are powering small LED’s to blink. The myth of these batteries is that they run forever as endless energy supplies.

The work Peak Panic includes two photographs – one of a Coca-Cola bottle mask, and the other shows a DIY candle built out of a lightbulb. It was interesting for me to revisit this work from 2016 through the lens of our current times and the global pandemic. I knew self-build masks and protections from protests and found as well manuals to build them in forums of the Prepper Community, which is preparing for all sorts of apocalyptic scenarios. When then, at the beginning of the pandemic, I saw images of people wearing those items in supermarkets and public transport, it felt like the battlefield was expanding. We have become used to masks and other safety precautions as part of our awareness to take care of ourselves. It’s interesting how easily these things can change, and how a self-built mask can shift its meaning through time.

What role do the elements of light and visibility play in your work?

I’m not sure if this free energy movement should ‘come to light’ or if everyone needs to know about it. I don’t really think so. I’m not trying to provide this specific group of people with a stage and visibility. Rather, I’m projecting my own narrative about how these ideas are told and developed and confronting it with an aesthetic of science fiction and utopian architecture. I don’t know how these batteries are running. I don’t even know if they’re running. People might say: “These batteries will run forever!” Do we believe in that, or not? Or maybe, we are only hoping that it works, fascinated by this promise.

I like to leave behind the protection of an art space

To me, the beauty of light is that it reminds me of things coming to life. Electricity brings a machine to life: if it’s blinking, it’s working, and that’s when we start relating to it. 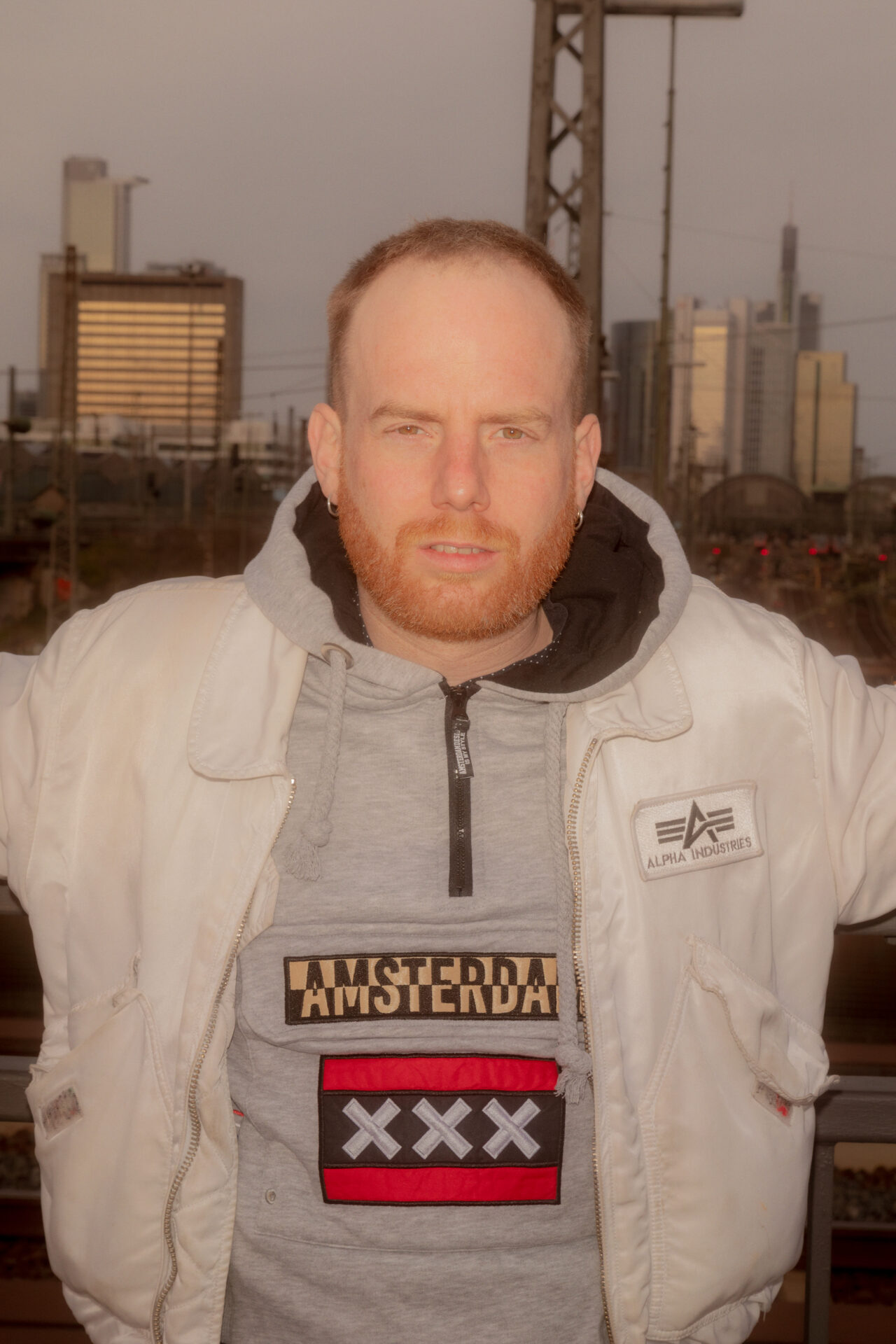 What’s it like for you to display your work in public space? What do you find valuable or important about this?

I really like to show my work in a public space and leave behind the protection of an art space. Framing, protective walls, the white cube, or just the fact that we call something an ‘art space’ – this all makes us treat objects carefully. It’s challenging for me to produce work outside. How does it go into dialogue or communication with the place in which it’s exhibited? What is it doing there?

How do expect the audience to react to and interact with the work?

The audience might consist of some people purposefully coming to see the work, but most people are just passing by. I try to make work that has a research-based background but can also be understood by people who don’t share this knowledge.

Your work was exhibited during Into Nature in Drenthe, Netherlands. How do you feel about transferring your work to other sites?

The sculptures were first exhibited in nature, and now they have moved to NDSM. This means that they already have their scars – they have seen a lot. They are coming from their forest retreat where they charged themselves in the shadow of the trees, and now they are out there in civilization. Already a bit wounded, a bit dirty, and they’re probably getting even more messed up in the coming period, I hope. I’m curious to see what they look like in a month. They might have a bit of graffiti on them – I’d really like that. The first site was this natural reserve, which was really beautiful and included forces like wind and rain. But at NDSM there was not just bad weather, but also a carnival running in the background, and people coming from the bars, perhaps drunk. I’m really happy to have my work be confronted with that.

The exhibition (Come To) Light is free to visit at NDSM, with different running dates for each of the works. Check out the other artworks, artists, and respective timetables (when the lights are switched on) via the button below.