What started as a surprising discovery, has years later grown into the musical project Talking Trees. Artist and composer Bert Barten gives trees a voice and in doing so brings his audience into direct contact with nature. By means of monitoring with sensors, Bert collects information about trees, after which he translates this into music. On Saturday evening, May 30th, he will do this during a live performance from his studio at the NDSM-wharf. Through an intercontinental live stream he tries to let as many people as possible experience the peculiarities of nature from a distance. 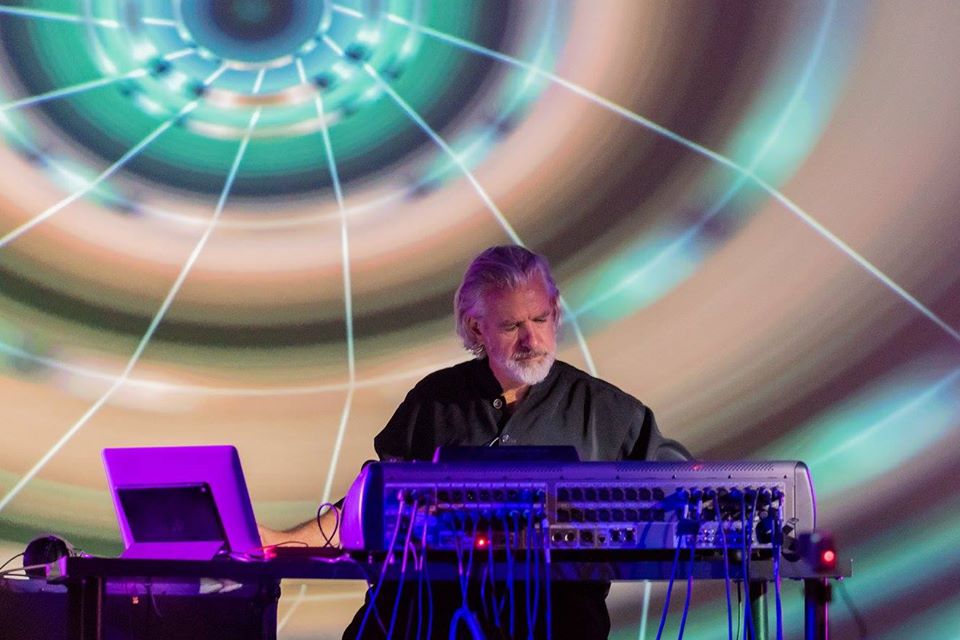 One of Bert’s studios is located in the NDSM Treehouse. He himself calls it a small artists’ village where some of his friends also have a space. Inside his studio is a keyboard, a closet full of tapes and all kinds of equipment in suitcases.

His fascination for both image and sound is a common thread in his life as an artist and composer. As a hippie in the 70’s Bert was in a psychedelic pop group called Marshmallow. After seeing a performance by Lindsay Kemp, David Bowie’s movement teacher, Bert became very intrigued by theatre. During this performance Shakespeare’s Midsummer Night’s Dream was recited but without words. “As I sat there in the audience, I saw all kinds of images passing by and I thought: this is how it can also be. I realised that creativity can not only be used to get the very subtle sound in motion, but also to create images,” Bert says.  In the 1990s, he entered the television world and did VARA’s night show. He was also asked to direct big theatre shows, which he did until about five years ago. After that he completed the circle and came back to audio. He still works a lot with psychedelic images. “I’m very interested in the wonder of things. That’s my motivation,” he explains. 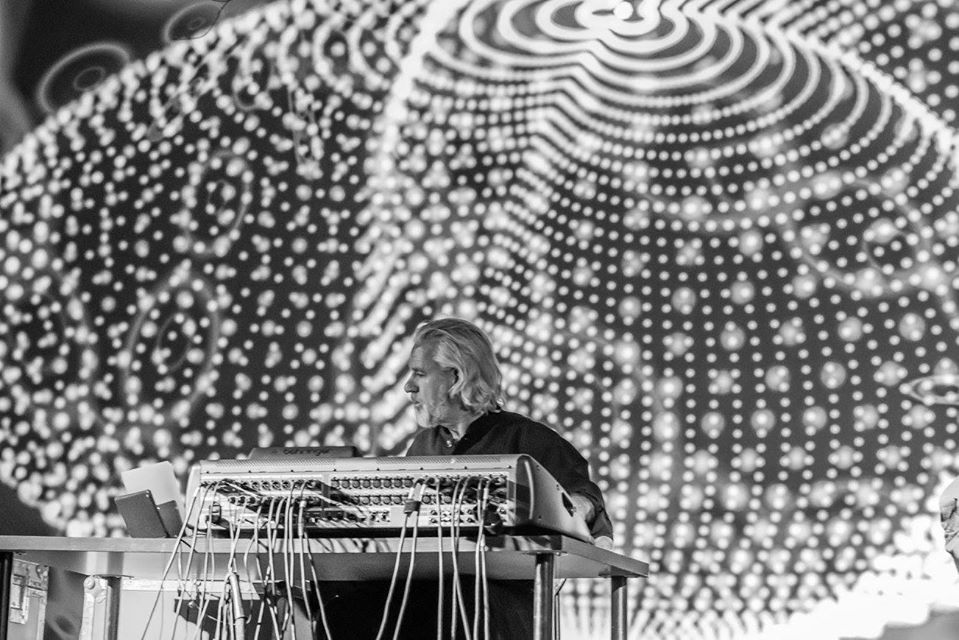 About 25 years ago began what is now the international phenomenon ‘Talking Trees’. “I was walking in the Red Woods of San Franscisco with a friend of mine. That friend, Scot Cresham-Lancaster, is a professor of Sonology at Berkeley. He carried a lie detector and I had one of those little synthesizers laying in the car. We were being delusional, and at one point I asked jokingly: ‘Could a tree lie?’. Then he walked up to a tree and put two sensors on it. We indeed saw that there was electricity since pulses were emitting. When I connected that little synthesizer to it, we heard all kinds of sounds. We were both stunned when we discovered that trees can “talk”. Everything in nature vibrates, and trees are no exception,” Bert says.

Since then, Scot and Bert called each other every few years to talk about developing this project. About three years ago, Bert decided it was time to actually do it. The important trigger for this was the deforestation of the Polish primeval forest. “I thought that this could not happen just like that, especially because the University of Wageningen uses that forest as a baseline measurement. A primeval forest is what a forest should actually be like and if you remove that baseline measurement, you lose important data about nature. That’s why we have to be very careful with it,” Bert says. “At the time, I also did a lot for Staatsbosbeheer and I asked them to protest. The answer was they were not a protest organization and that as an artist I had to come up with something. Then I called Scot, had him come here and we finally started the project”. 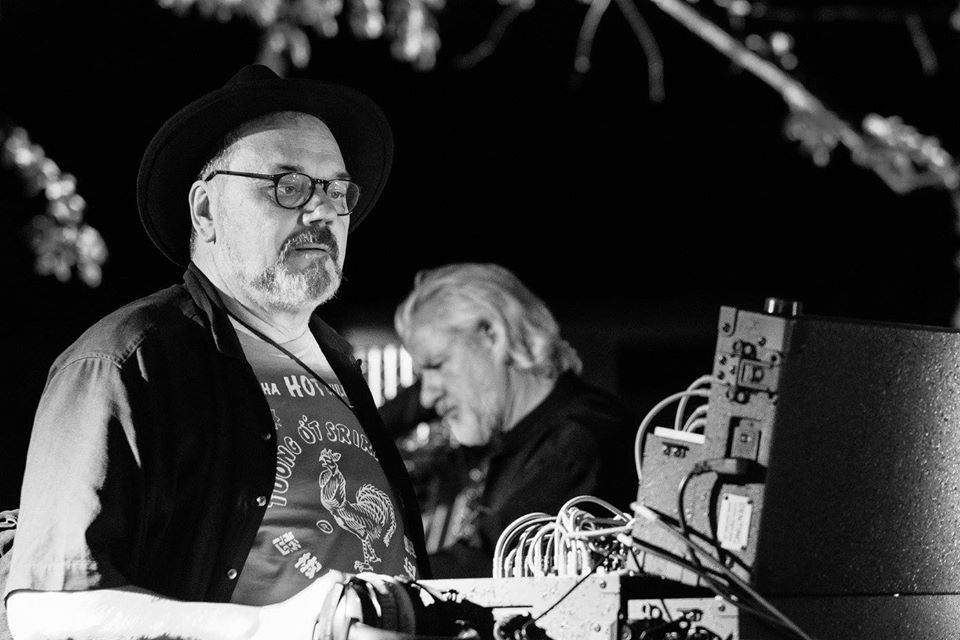 Bert’s fascination for trees has been there since he was a child. “During the big holidays, I was always dropped off at my grandparents’ house. Behind their house in Sittard was the Kollenberg. I would run up there where I would sit and paint, because I loved doing that. Once, when I was about eight years old, I sat on top of that hill and painted a tree. I looked at it and imagined how the saps of the roots flowed upwards. With my imagination I finally completely vanished into that leaf. Then I ran down with tears of joy and said to my grandparents, ‘I think I grew up too soon. You must be incredibly happy’. They thought I had become ill. A very big fence fell between the grown-up world and me and that never really changed,” he says.  “This first unity experience with a tree was so mystical. Every human being has such an experience, but we quickly push it away because it doesn’t fit into our daily lives. Yet these natural experiences are extremely important. I think that art is also about that to a large extent”.

I think that letting people experience what it means to be in contact with nature does more than a protest sign.

In the 70s Bert joined all kinds of nature organisations and social networks. He protested a lot and blocked a lot of roads. “Now I’m not such an activist anymore. I think that letting people experience what it means to be in contact with nature does more than a protest sign. That’s exactly why I try to get people to attend my concerts,” Barten explains. 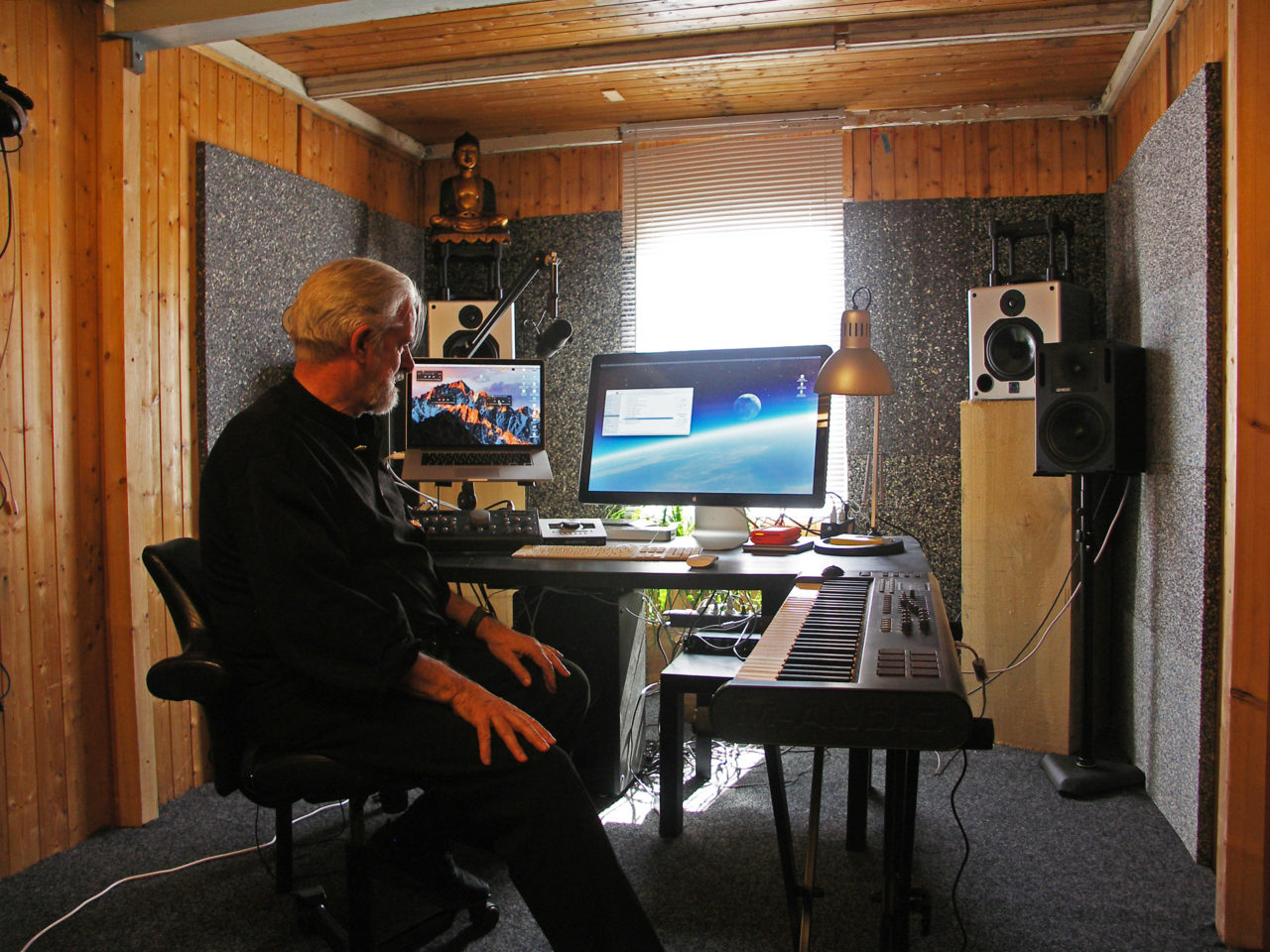 Bert Barten in his studio in the NDSM Treehouse

Professors from all over the world send Bert data. The data consists of Excel sheets that show the measured pulses of trees. There is often a time frame of half an hour between these pulses. “It’s crazy because then I hear a note every half an hour. That – of course – is not music to us.  So what I do: I compress them, convert them into midi notes and then I turn a month of pulses into 10 minutes. This creates a kind of ostinato pattern. It’s actually a time-lapse for sound,” the composer explains. “Trees have a completely different pace of life than us. It’s almost arrogant that by monitoring a tree for a few hours I can say something about its three-thousand-year existence,” Barten emphasizes.

Everything in nature goes slow and that actually takes place outside our level of consciousness. I’m just trying to bring it inwards a little bit.

Barten measures the sap flow speed, the volatile organic compounds, the oxygen and carbon content, the photosynthesis and the moisture of the tree. These are variables from which the pulses originate, which he then translates into music. “Although photosynthesis takes place during the day, a lot of things happen at night. An average tree drinks 100 to 200 liters of water a day. During the day, it sucks that up. That’s like inhalation. The exhalation takes place at night when the waste products are drained downwards and the tree grows which is an opposite movement. During the day it starts all over again,” Bert explains. “We humans breathe all day long, but a tree only breathes once a day. That’s also a big time difference. Everything in nature is slow and that actually takes place outside our level of consciousness. I’m just trying to bring it inwards a little bit,” he says. 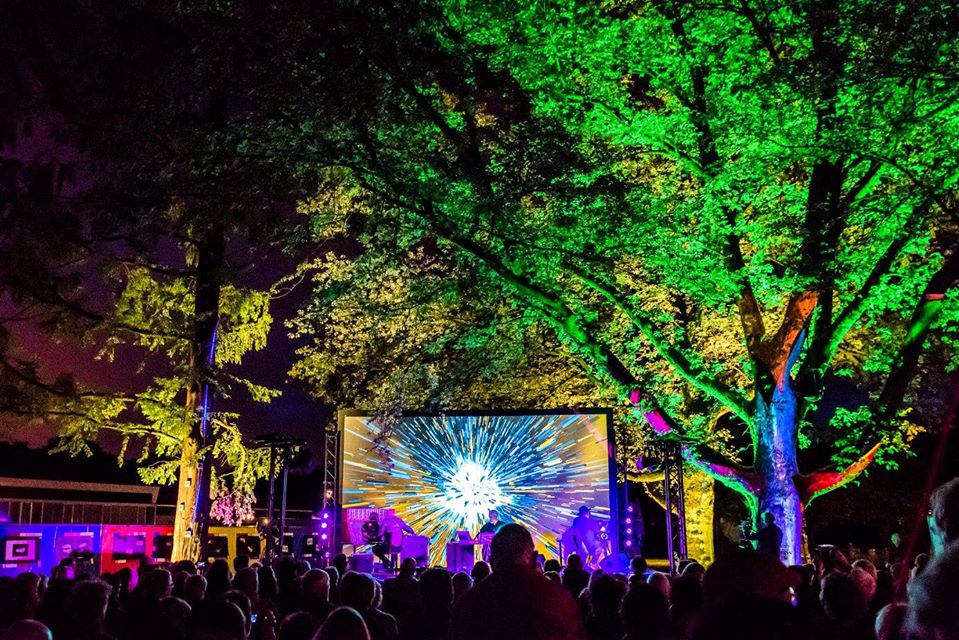 Normally we put animals in cages and now we’ve had to domesticate ourselves. Now we’re in a cage ourselves.

With the project Talking Trees Bert tries to emphasize living in balance with nature. “In recent decades, since the Industrial Revolution in fact, we have placed ourselves outside of nature while being a part of. I want us to experience that nature is not something that happens outside of us. I also hope that with this crisis we will come to that understanding, because this is the greatest proof of it. Normally we put animals in cages and now we’ve had to domesticate ourselves. Now we are in a cage ourselves. An upside-down world actually”, he says. “We can take a very big example from indigenous people still living in the woods. Those nature people don’t need anything and live there without all those things we invented and need to have comfort. They live very directly and without noise. I don’t want to glorify that completely, because we have created a lot of good for ourselves, I think. But we have become alienated from nature because of that”. 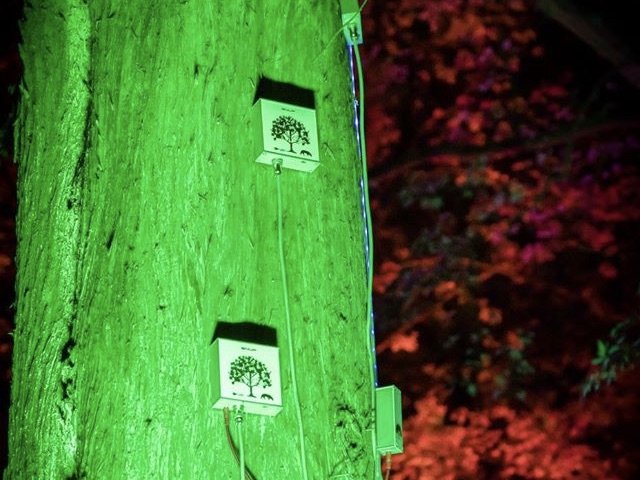 The music repertoire of Talking Trees varies from ambient to swinging jazz music. “The music of nature can come back in different forms. That’s what I find so interesting about it. And that’s a bit silly, because as an artist you have to operate in boxes. Often it’s either this or that. That’s a bit tricky for me because I want to hear all the colours nature has to offer us”, he says. “I’m also thinking about releasing those music scores I write on the basis of the data and inviting musicians all over the world to give it their own twist” Bert says.

The livestream concert will take place on Saturday evening May 30th at 20:00 (CEST). From the NDSM Treehouse, Bert will be monitoring a local willow tree and make its vibrations heard. Scot Cresham-Lancaster will do this from America with a Californian plum tree. Together they let the trees react to each other live. “I hope you will get something from those slow, ambient-like sounds I mix with data from forests around the world. It’s going to be an interplay of a whole bunch of forest sounds.”