In the column Humans of NDSM I go on a hunt for special stories from all the people who can be found at the NDSM wharf: from users to visitors to creatives and everything in between. I am curious what motivates them to come to the NDSM wharf. At the end of this column, the aim is to paint a picture of who the recruiters are and all their different ways of filling in and using public space. For this edition I speak with Martine de Boer (54), after a drastic career switch she became a piano technician and piano tuner with her workshop at NDSM. 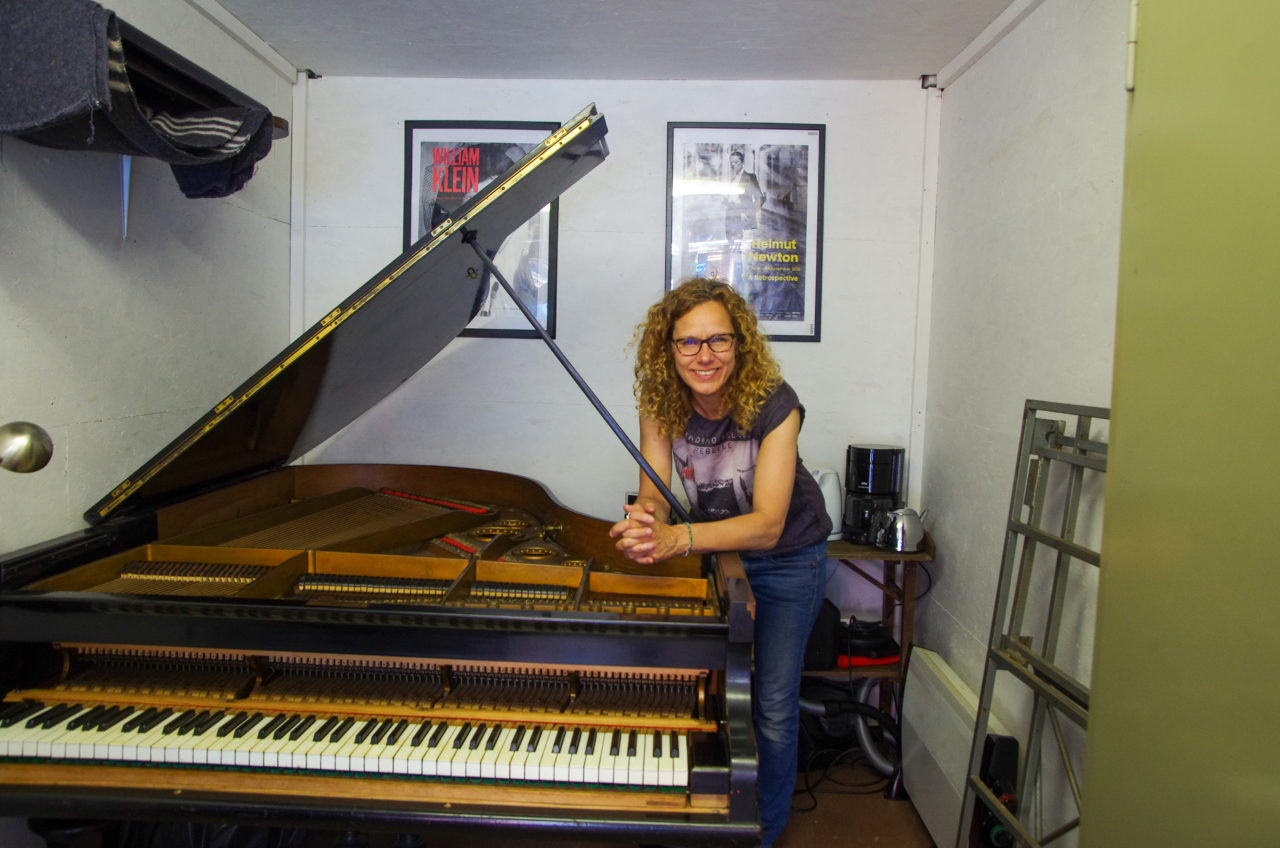 On a sunny day I cycle over the NDSM wharf in the direction of Treehouse , because that is where Martine has her workshop. After working in an office environment for 25 years, she chose to completely change course and focus on her passion: pianos. And especially the technique behind those pianos and the tuning of them. A remarkable life choice, since Martine is originally trained and schooled as a lawyer. I am immediately interested, as I myself have had 12 years of piano lessons behind me. After parking my bike, I enter Treehouse where I am greeted by a warm smile from Martine. Her workshop is small but nice, especially because a beautiful grand piano takes up most of the space. After getting acquainted, we start our conversation while the buzz of the other studios around us continues.

“You find me at a tough moment,” she begins, “I’ve just finished all my exams. I can now officially call myself a certified piano tuner! The world of this profession is now at my feet. I have found a somewhat older piano tuner who wants to retire gradually. So I will gradually take over a large part of his customers; if they want that too, of course.” 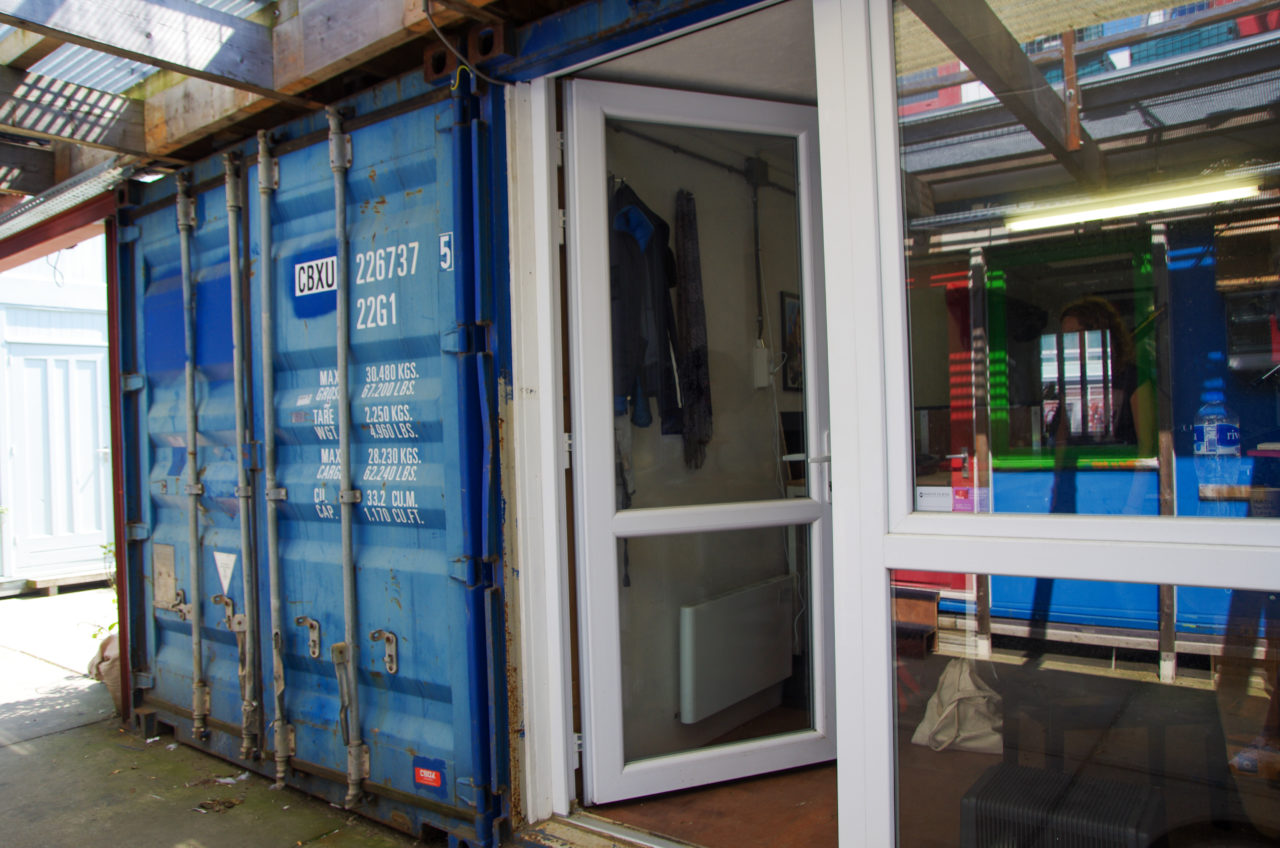 “I was really an office girl who didn’t really think in boxes, but acted in boxes,” Martine says when I ask her about her major career switch. I had to soak myself off of the thought that I had to work full time or have a steady pension. I had been playing the piano for years and I also really enjoyed working with my hands and being involved in a craft. Until I found out that the training for this profession takes at least 3 years.”

The contrasts make it beautiful here, so I would highlight those even more

I then wrote off the idea, because I had a full-time job after all. A while later I had to change my intranet password at work and that became the word piano tuner. From that moment on I was confronted with it every day when I logged in at work. Thus the idea manifested itself in my head. Then at some point I started talking with my partner about the options and I also got a chance at work to leave there with some money in my pocket. That’s how all the puzzle pieces fell into place, as if they were meant to be. 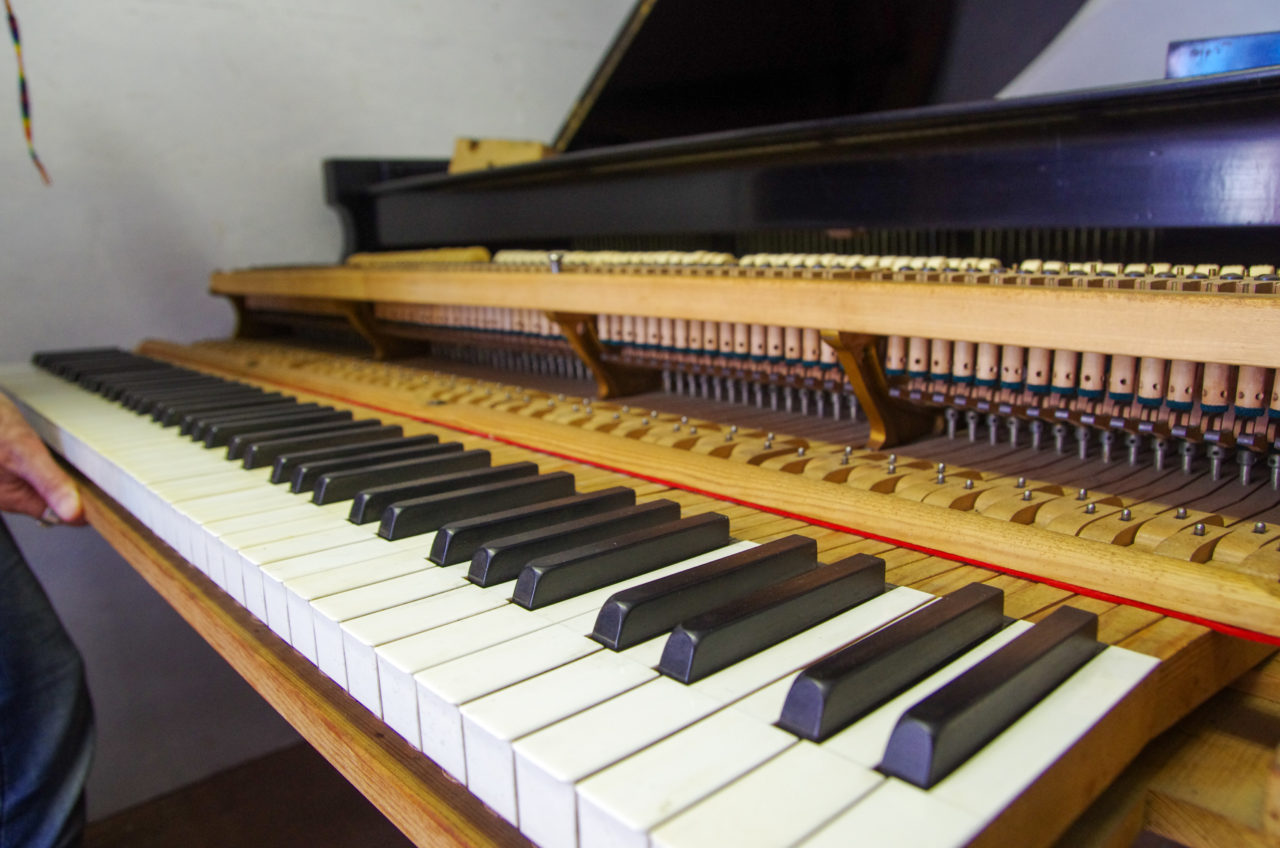 This is how Martine started her education and in the coming years she will keep up her piano technical skills from Treehouse, in addition to tuning for customers. Impressed by her story, I then ask Martine how she ended up at the NDSM wharf. “I was introduced by the person sitting in this studio coincidentally, that’s how I found out that the Treehouse exists. Even though I have lived in Amsterdam-Noord since 2003, I had no idea that you can just walk into the Treehouse as a visitor.

At first I also thought that there were only young people here, that’s not true at all

When I first came here I actually thought, can I be here? It felt a bit like I was entering private property, but that is of course not the case at all. It’s the intention that people come in here and look.” I nod in agreement, that was not clear to me at first either when I started exploring the NDSM wharf and came across Treehouse. However, it is worth visiting the art village once and having a chat with the artists who house it. Most will be very happy to tell you what they do and make in their studios.

“It’s really nice here, there’s a very pleasant atmosphere,” continues Martine, “because my job is quite individual, I love being in a place where activity can be felt every day. Everyone here is creative and that makes for a very nice environment. I also think what I do is creative, but this is more of a craft. Yet I notice that I can contribute in creativity, simply by visibly practicing my profession. A bit with the message: don’t reach for your electronic samples too quickly, but also think about including a real acoustic sound, such as that of a piano or a violin, in your composition or production.”

Then I ask Martine what she thought when she first came to the NDSM wharf. “I felt a kind of melting pot of past glory on the one hand, and dynamic new life on the other,” she says, “that dynamism comes from the people who are here and come here. At first I also thought that these were only young people, that is not the case at all. It is, at least in the Treehouse, very mixed in age and nationality.”

I also ask Martine what her vision is for the NDSM wharf and what she would do with the terrain if she were in charge. “My first reaction is to keep it as it is,” she says after thinking for a moment, “by that I mean the feel it has. I can imagine that there must be sufficient space to develop new initiatives. But the atmosphere that this area exudes of faded glory on the one hand, and innovation and culture on the other, rubs against each other so beautifully. That contrast makes it beautiful here, so I would highlight that even more.” While our conversation comes to an end, we are still talking about the craftsmanship of piano technique and that more people are needed in the profession due to the aging of the profession. “I hope by sitting here and telling my story to inspire people and interest them in this craft .”

When our conversation is over, I am allowed to play on the grand piano in Martine’s workshop for a few songs. I didn’t expect such a wall of noise to come out of the instrument. A very different experience than playing an electric piano, which I have been used to all my life. When I’m back on my bike on my way home home, I think about the remarkable step Martine has made in her life. It is a matter of daring, but it is possible to go from (for example) office clerk to piano technician!

Would you like to know more about Martine or about her work as a piano technician? Or would you like to come and see the grand piano that Martine is refurbishing as we speak? Then click on the button below