Josefin Arnell (1984), artist and well known face at NDSM, joins us to talk about F-Razzor: an action against abuse of power and sexism in the Dutch creative sector. Together with dozens of other Rijksakademie-alumni, she raises awareness and funds with F-Razzor for the survivors of this theme. Arnell has explored the theme of emancipation with her work for NDSM before and how we deal with it as people and animals. We talked to her about the fundraising campaign and why attention should be paid to this theme right now. 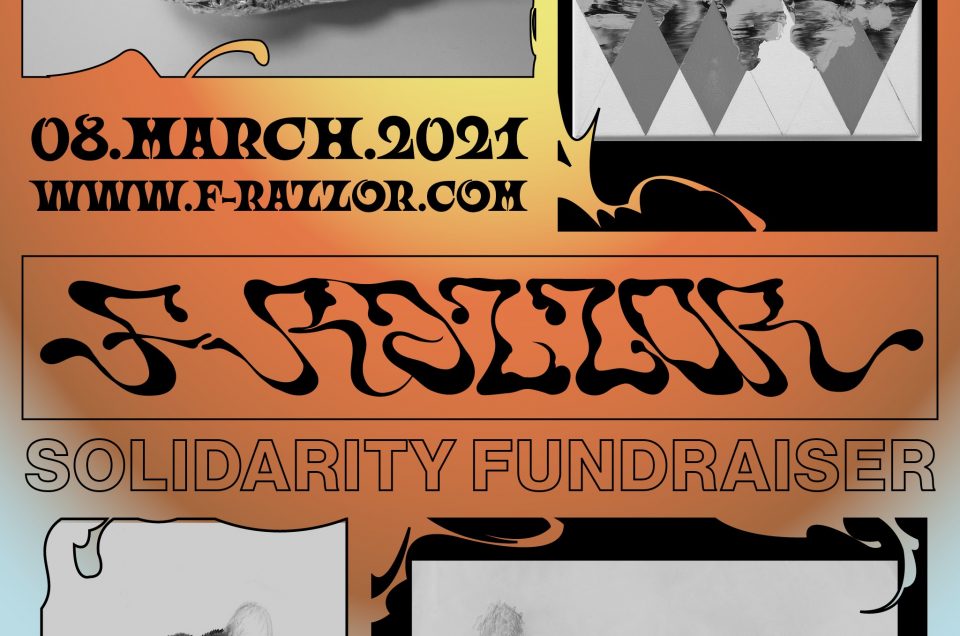 Josefin Arnell is a Swedish visual artist and filmmaker based in Amsterdam. In 2015/2016 she participated in the two-year residency program at the Rijksakademie van beeldende kunsten in Amsterdam. She is no stranger to the NDSM-werf either, as we have worked together several times. For example in 2020, when she created a film in the context of our Public Realm coalition for the 3-package deal of the AFK Fund (in collaboration with Over het IJFestival and Das Graduate School at the time) where public space, performance and art came together. In addition to this work, she was also present in Sexyland earlier in 2017, where she showed a quick and dirty version of her poem Inflatable Pool System.

Together with 64 Rijks-alumni artists she is taking part in F-Razzor, a fundraising campaign to draw attention to the current problems surrounding abuse of power, sexism and inequality in the Dutch creative sector. The aim is to raise money for survivors of sexual abuse that can be used for legal proceedings and psychological support. This is done by selling works donated by Rijksakademie-alumni. In addition to short-term help for the survivors, part of the proceeds from the fundraising campaign will also go to setting up Engagement Arts NL. This is a platform that will permanently work on a long-lasting structure to aid the survivors of abuse of power and sexism in the Dutch creative sector. Last Monday, March 8th – International Women’s Day – the online webshop of F-Razzor was launched where the public can purchase a work of art or make any other personal donation. On the basis of the fundraiser and her work for NDSM, we spoke with Arnell about this initiative. 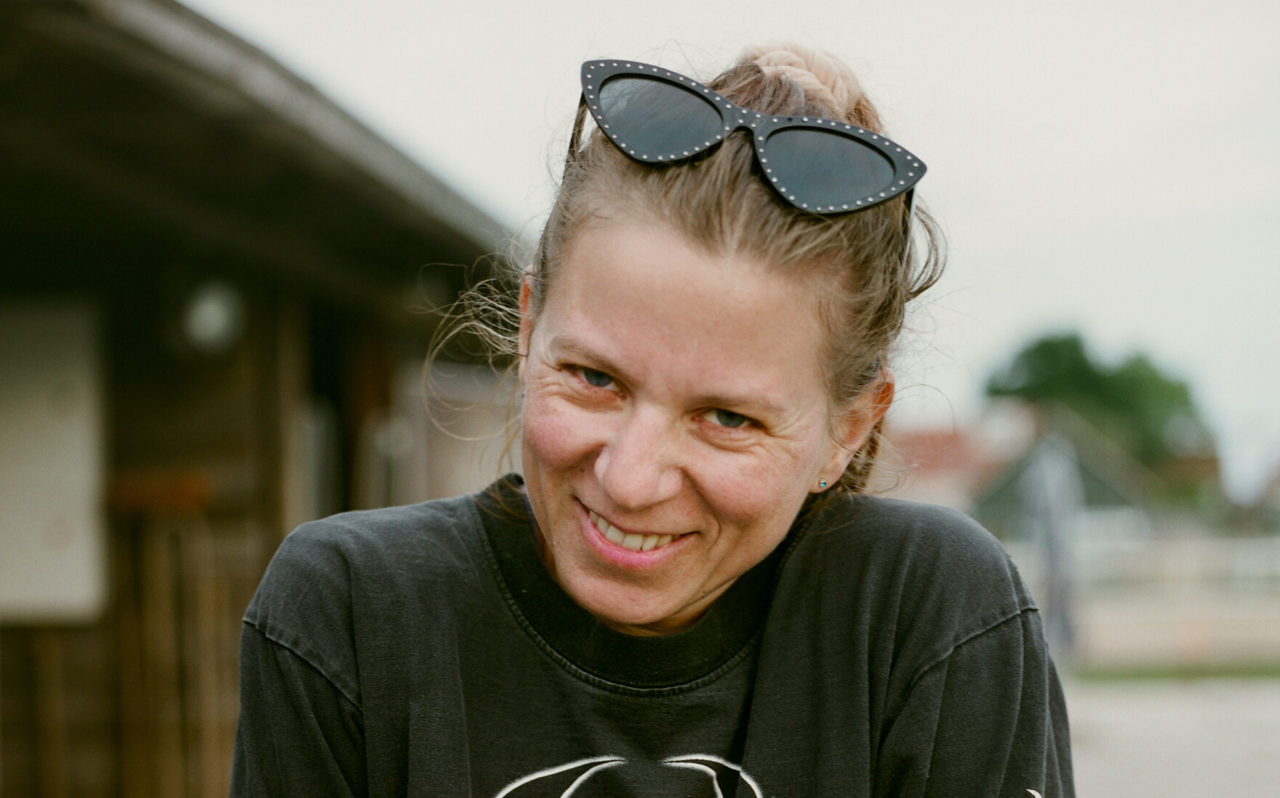 Hi Josefin, your work on the NDSM-werf has had themes in the past regarding emancipation which were reoccurring, for instance in your video work Wild Filly Story for the Public Realm project in the 3-package deal from the AFK-Fund. I assume this is therefore a theme that speaks to you and is very close to you, can elaborate on this?

“In my recent works, I have looked at how we try to domesticate, control and dominate animals to meet our needs and how this parallels our fear of the wilderness. I have mainly focused on how we use horses as a means of our own satisfaction, for example for healing or leisure activities. This was reflected in Wild Filly Story, which is a story about growing up, friendships, power games and fantasies. It is a 23-minute film that took place on a care farm in Amsterdam-Noord.

In a way, my work is also about how we as humans are restrained from emancipation

A common thread through the story is the loose interpretation of a story from my own childhood: a young girl’s horse is shot behind the stable, after which it is slaughtered, and later the horse community comes together to feast on the meat.”

“I’m trying to create characters that break out of their own bubble of beliefs. I go back to the feeling of being small as a teenager, when I did not dare to speak up for my opinions or express myself when something was not okay. The characters in Wild Filly Story have many rages, and I think those represent fractions of what I wanted and struggled with when I was younger myself, and partly still struggle with. In a way, my work is also about how we as humans are restrained from emancipation.”

We have learned that it can be quite risky to speak out about abuse of power or sexism in the creative industry. Did you yourself ever find it difficult to let these types of themes come back in your work?

“It can be risky to speak out, and we have to get rid of that risk. To speak out about violence from your own experiences, can also mean facing additional problems and threats. But the more people that stand up and speak out about sexual violence and abuse, the more difficult it becomes to target an individual with threats.”

“As an artist, I believe that we can also speak up through our work. The industry will go bankrupt if artists become afraid to cover certain themes. An important part of creativity is to be confronted and uncomfortable.

It’s an action born out of urgency, which just happens to emerge alongside a global pandemic

In my work I try to bring out subjects such as control and power in a playful way, in which the use of fiction plays an important role. It makes it possible to take responsibility without closing doors due to the nature of the subject; it leaves room for ambiguity. Creating art in this way is a balance between creating a safe environment to be able to explore boundaries. It is important to engage in discussion and confrontation, but also to learn and understand when to take a step back.”

Did you, as an artist, ever have to deal with abuse of power or sexism directly in your career in the Netherlands or internationally?

In these times of Covid-19 almost all attention is drawn on the current crisis. There have been big losses especially in the creative industry, something you undoubtedly have seen yourself. Why should the public attention be drawn to this topic now?

“I honestly don’t understand why we shouldn’t talk about it now. It is a response to the society and environment we now live in. Finally cases of abuse are coming to the surface, people are fed up of being mistreated. It’s an action born out of urgency, which just happens to emerge alongside a global pandemic. Also, sexual violence and abuse is not something new, the only change now is that it is finally coming to light in the Netherlands.

At the same time it has become painfully clear that there is a lack of tools in the art field to deal with any kind of abuse. Systems in place are partly still rather medieval.”

“The fundraiser F-Razzor is a positive action that serves as a simple, creative way to keep the discussion going. It is also a necessary action to be able to make a practical and effective contribution to the survivors of this topic. I think it is powerful and incredibly beautiful that so many artists have joined and dare to form a solidarity front together.”

Recently, the campaign has been under a targeted DDoS cyberattack with which the culprits attempted to shut down the website and web shop of the fundraiser. Taking the site down temporarily was the only option to ensure online security. Luckily the web shop was not affected, and no data leaks occurred. In light of the attack, the campaign has been extended until the 19th of March. However, this cyber-attack clearly reflects that there is still an active effort to silence those who speak up and raise awareness for this topic. All the more reason to visit the F-Razzor website and support the campaign.

Curious about which artworks Arnell donated for the action, check it out here. Click on the button below for the F-Razzor webshop and to see a list of all artists who have joined this initiative: