Anne-Jan Reijn, one of the winners of the NDSM Open Call 2021, launched his work Public Air Filters on the 11th of July. We talked to him about the installation and his vision on the artwork. 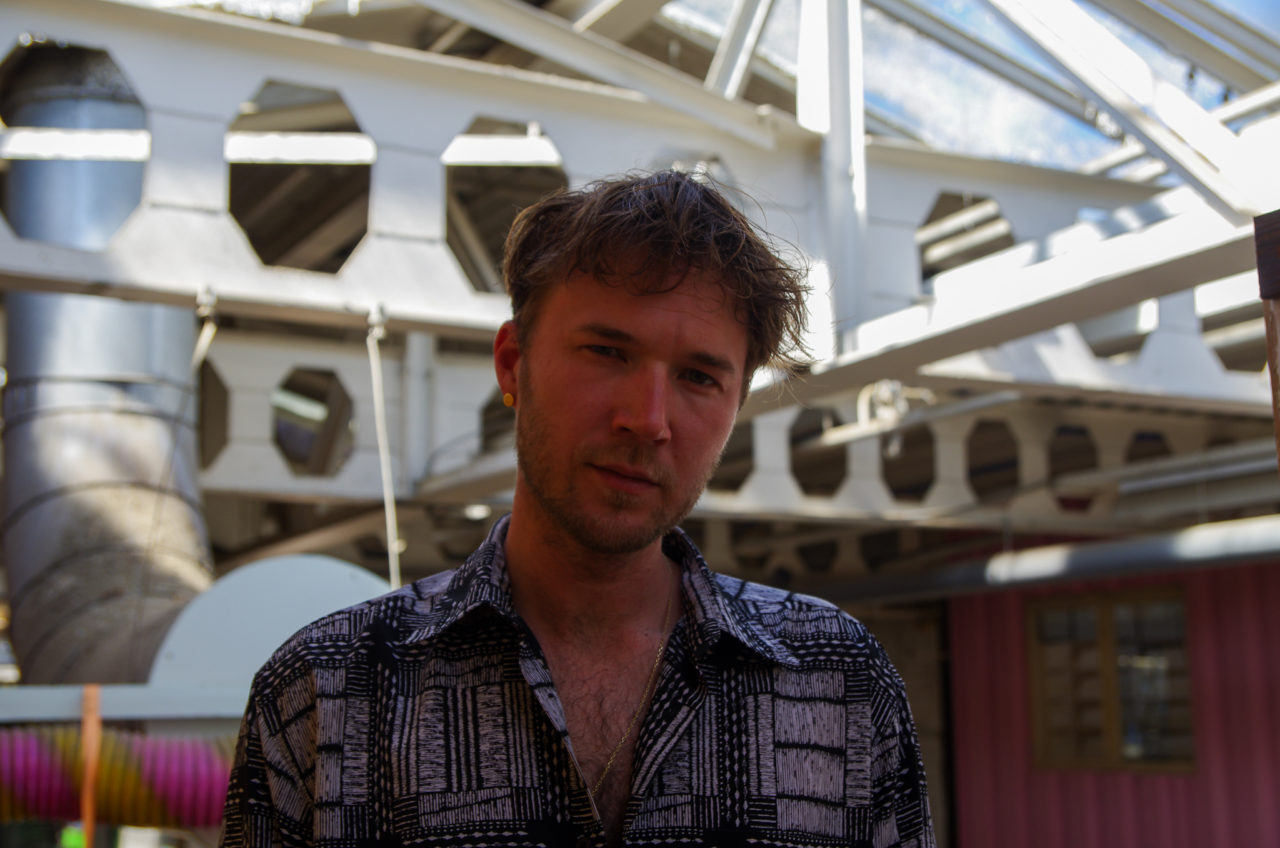 I meet Anne-Jan at his studio in Maak Gemeenschap de Hoop in Zaandam. As we walk around inside, I can’t help but make a comparison with the art city in the NDSM Loods: the studios are on several heights and each one is unique. Since it is a remarkably hot afternoon, we decide to have our conversation outside. As we sit under two large oak trees at the waterside behind the studios, we begin to talk.

Anne-Jan, you have won the Open Call 2021 of Stichitng NDSM-werf. Can you tell us a bit more about how the idea of Public Air Filters came about and why you decided to submit it to the Open Call?

“Yes, of course, Public Air Filters is linked to an exhibition I will be doing later this year in New Dakota called Asbestos The Magic Mineral. The exhibition uses the material Asbestos as a catalyst or case to tell a story about dangers that we cannot see with the naked eye. When I was designing the exhibition in collaboration with Nieuw Dakota, we thought it would be nice to draw a line outwards, since the subject is about air. So we submitted Public Air Filters for the Open Call to add another layer to the exhibition, a layer that takes place outdoors in the public space of NDSM.”

“Almost all my work has been about risk and fear, especially about the difference between real fear and irrational fear. When I started thinking about this work I thought Asbestos was a sensational subject and it came about at a time when we were even more hysterical about it than we are now. At one point in Utrecht, for example, there was an evacuation of a residential area because a small amount of asbestos might have been released somewhere. My inclination at the time was to think that was a grossly exaggerated reaction, but I did find the hysteria fascinating. Day in and day out we walk between the cars speeding by, but when a tiny bit of asbestos is released, all alarm bells go off. Not that that is unjust per se, but of course there is some sort of selection mechanism there, which intrigues me. That’s how the idea of making a work about an ‘invisible enemy’ started developing.” 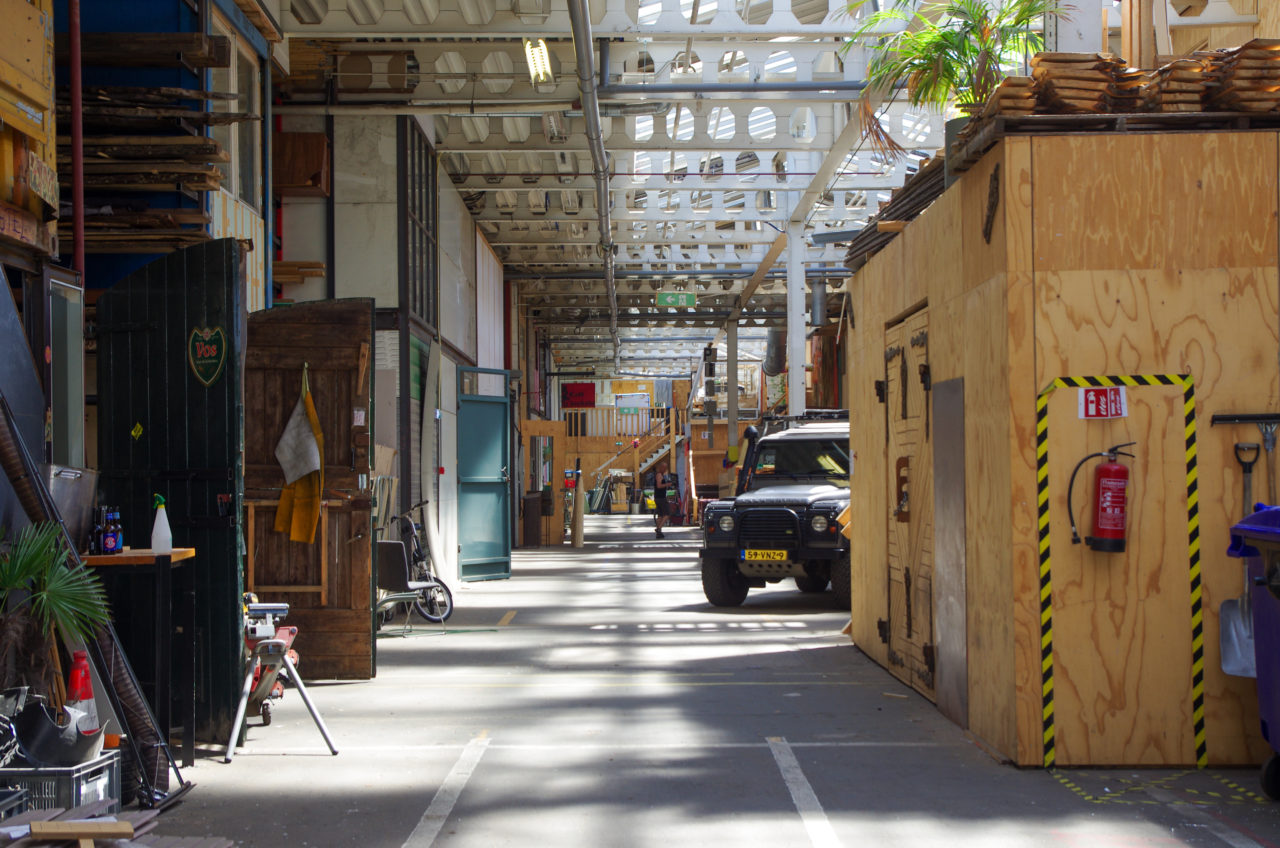 “What I find interesting about things we can’t see is because you can’t see it and you can’t measure it yourself, intriguing social structures arise automatically. The hazard must be framed and marked by an authority. This is usually done by the government on the advice of science. This puts you as a citizen directly before the question: to what extent do I trust science and in that authority that passes on the message or result of science? I find the issue of trust that arises interesting, it is often also conflicting and wonderful to poke at.”

“This also includes a comparison with what we experienced in the past year with an invisible enemy, in that sense current events have overtaken this project somewhat. When that news developed last year (about the coronavirus red.), I thought it was not only very worrying, but also partly a bit of fun. I find these kinds of very intense socially charged issues surrounding dangers and risks, especially so involved in daily life, the most interesting. What I am mainly concerned with in my work, and in the future also with the exhibition in New Dakota, is framing this invisible enemy, but then in the context of air quality. With my work I put a frame and a mark on pieces of air, so that a value judgment can then be attached to those pieces of air: is the filtered air better than the unfiltered air, and can the unfiltered air still be trusted?” 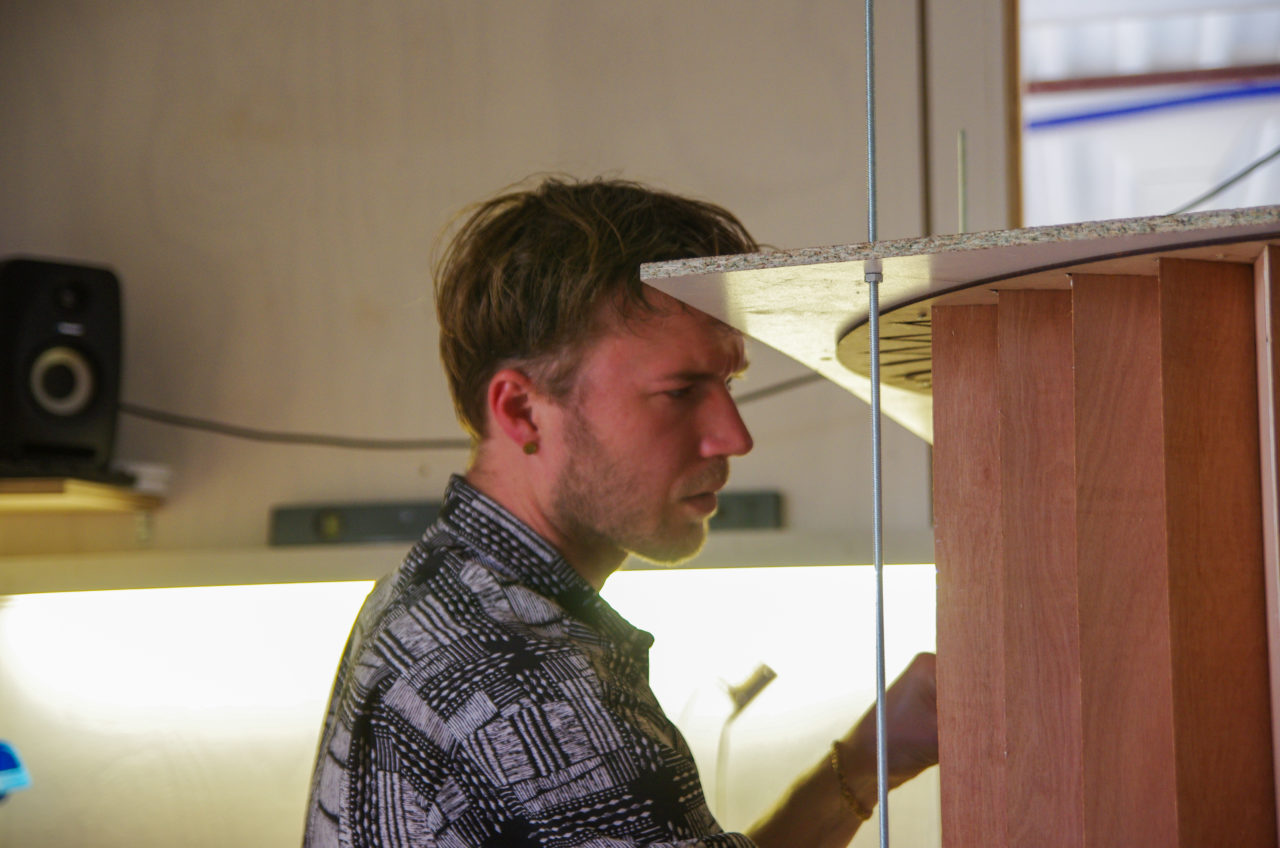 Can you tell us a bit more about the message behind framing air in public space and the value judgment that may ensue from the visitor about air quality at NDSM?

“Absolutely, let one thing be clear, it is not my aim to instill fear in NDSM visitors about the quality of the air they breathe on the terrain. When you talk about framing air, I think the powerful gesture of my work is that I offer filtered air to people. As a result, all other air is framed as unfiltered air at once. What does that do to people’s perception of where they walk and what they breathe there? So basically the work is in the perception of the environment of people that you arouse by offering filtered air. However, it is and remains a work of art, which in essence says nothing concrete about the actual air quality that ends up in the lungs of people passing by.”

Breathing in at once becomes a kind of extravagant adventure

“The more underlying meaning of the work has to do with the place humans occupy in the nature around us. I think that we as human beings are very inclined by multiple facets to think that we are separate from nature and from our environment. We feel it is our body vs. that which goes on outside our bodies. While that is of course not entirely in line with how our body actually functions because there are a lot of organisms that are needed to keep our body running that come from the world around us. I hope that people become more aware of that interaction with us and nature when they view my work. In addition to invisible enemies, there are also invisible necessities that are in nature around us.”

“In addition to the conceptual part of my work, there is also an aspect of experience. It balances on and over the edges of fiction and non-fiction; visitors cannot find out for themselves whether the air is really filtered or not. In addition, a system is at work that exploits and manipulates the idea of a visible residue, which is supposedly created by invisible particles in the air. Working with that residue pulls it over the top in such a way that breathing in becomes a kind of extravagant adventure where you see and ingest all kinds of pink, yellow and shiny growing substances. Something that is very normal in daily life, namely breathing in and out, suddenly becomes an experience. It takes on a kind of fictional adventure quality all at once. That interplay between what really happens and what the installation insinuates what happens is an important part of this work.”

When I read your plan and started thinking about air quality in that context, I made a link to industrialization, does the industrial past of the NDSM wharf play a role in the work?

“The location of the NDSM is certainly an interesting one because you can imagine that there is a kind of special air there. The image of the former industry is still fresh in the collective memory, but must now also make way for the image of a residential area. I want to go somewhere in between with Public air filters. Because more and more homes are being built on the NDSM wharf, this also means that the air is changing. Or is the air of industrialization that was then still there? And in this case we are still talking about the ‘outside’ of NDSM. I can imagine that the air quality in the NDSM Loods is even more influenced by the former industry at the moment. In such a hall, on a floor where a lot of work has been done with heavy metals and toxic substances, you cannot get all of that away with a vacuum cleaner. It is of course questionable whether it is in quantities you should be concerned about, but it is important to be aware of. That is actually the same contrast as what I try to clarify in my work: we call it the NDSM wharf both in the Loods and outside the Loods, but there is a difference in air quality. The same difference as my work elicits with the unfiltered air and the filtered air in the outdoor area.”

“I do think it would be healthy if we look for an alternative to the zero-risk image that is being created in Western democracies, because that image is an illusion. We have been given the idea that as human beings we have the right to not have to take any risk and today many promises are made for this and systems are built around it. We are constantly looking for control over something we can’t actually control. We have the idea that we should be able to exert a certain influence on certain circumstances of nature, while there is a very clear limit to how far that is possible.”

“A lot of unhealthy substances that you should not inhale function on a probability calculation that you may only partially influence. Just look at Asbestos, you can be unlucky and get sick from coming into contact with that substance once in your life. But there are also people who have worked with it all their lives and never fall ill. That means that in theory you don’t have to inhale much from an invisible enemy and still get sick. They are almost like anonymous statistics of invisible dangers and that idea arouses a certain tension or awe. In fact, all of life is like that, a collection of anonymous statistics that determine the course. That awareness that we are part of a greater nature and all its influences and opportunities, that’s where my work resides most.”

The Public Air Filters installation will be on view from July 11th through September on the Ms. Van Riemsdijkweg at the NDSM wharf. It will gradually change form during this period and continue a development that embodies the essence of the work. From September, the exhibition Asbestos The Magic Mineral can be seen in New Dakota, of which the developed installations of Public Air Filters will be part of.