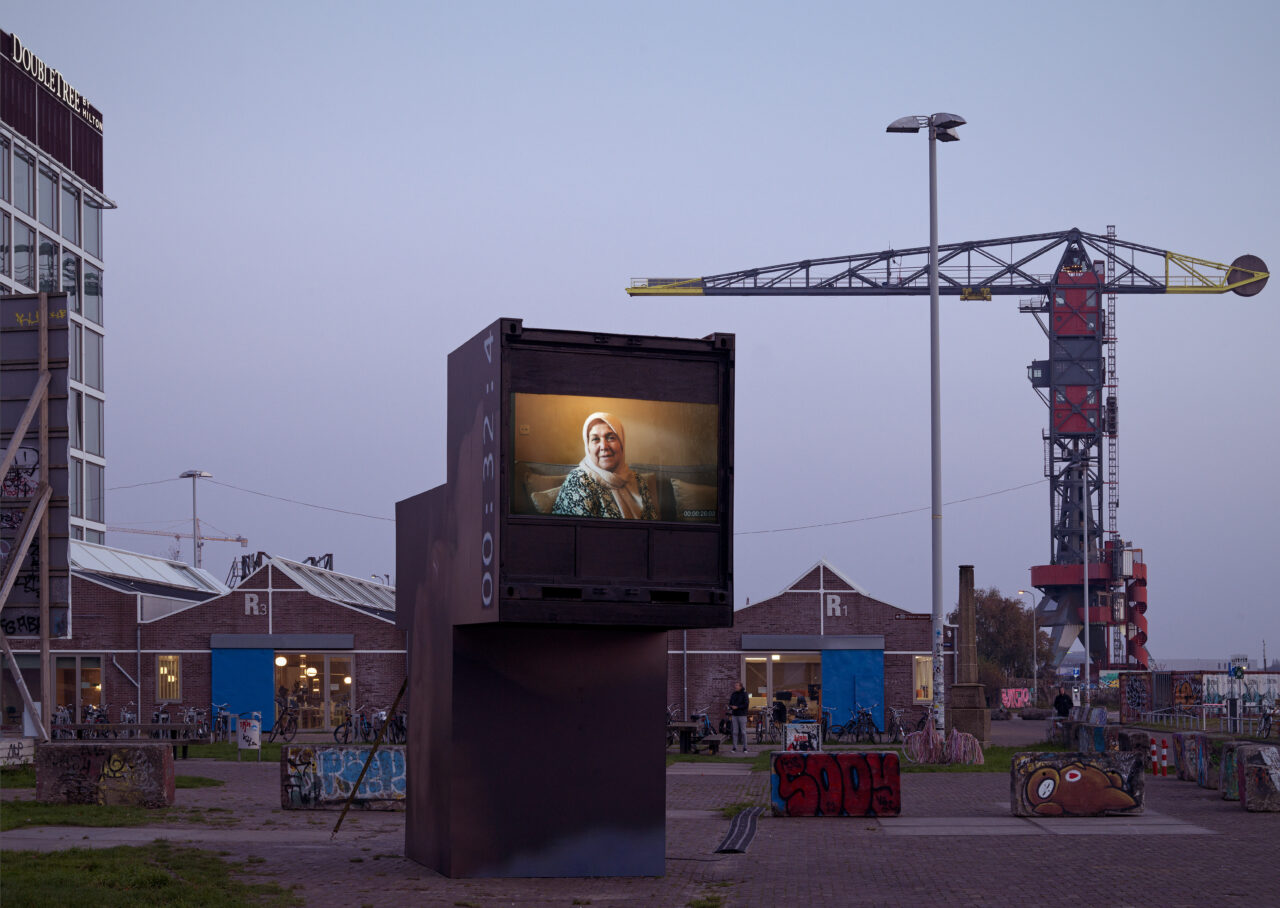 In November we organized the exhibition NDSM Light in which we asked artists to literally and figuratively shine light on subjects that are not un(der)exposed. One of those artworks was ‘An-sisters [NDSM]’, a video installation by belit sağ (1980, Turkey, she/they), visual artist and educator based in Amsterdam..

‘An-sisters [NDSM]’ connects and traces the stories and struggles of female migrant workers from Turkey throughout generations. sağ interviewed several women for this film: a former textile worker talks about working at several locations in Amsterdam, including NDSM in the late 80s and early 90s; her daughter recites memories of her mother’s working life; an organiser/translator tells us about co-owning a textile atelier at NDSM in the late 80s. Alongside interviews, the video includes fragments from archives such as Instituut voor Beeld en Geluid and a spoken word audio piece constructed from the interviews. ‘An-sisters [NDSM]’ traces the materiality, precarity, and invisibility of migrant female labour throughout generations.

The entire installation as visible during the exhibition NDSM Light can no longer be seen at NDSM, but you can watch the whole film below.