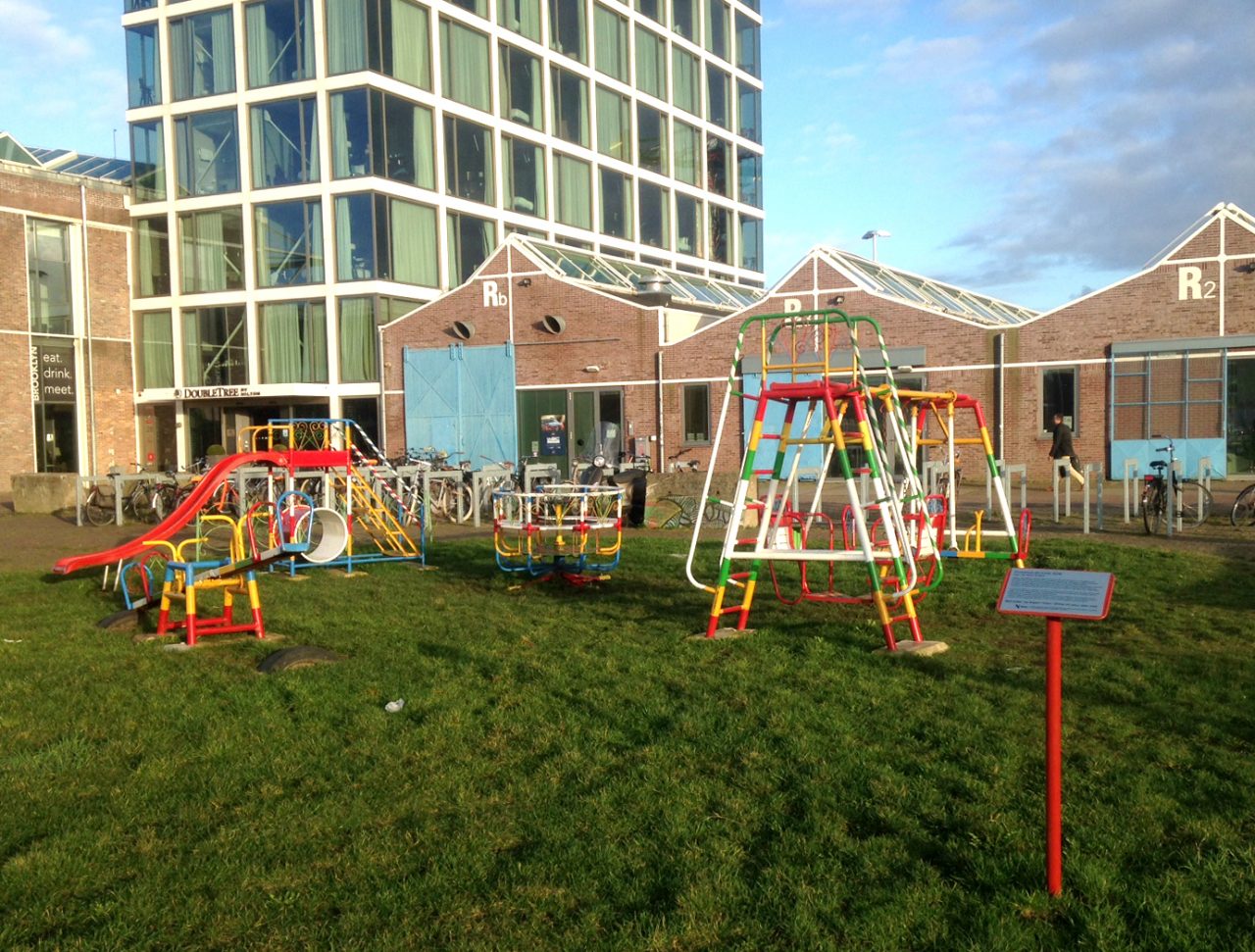 The artwork Common Ground is a colourful playground where children can play freely. This playground originally comes from a square in Jakarta. De Boer installed a Dutch playground, designed according to Dutch standards, at the original location in Indonesia. In so doing, De Boer shows that play is universal and a playground from somewhere else makes playing all the more adventurous. Common Ground was originally created for the Sonsbeek ’16 exhibition in Arnhem.