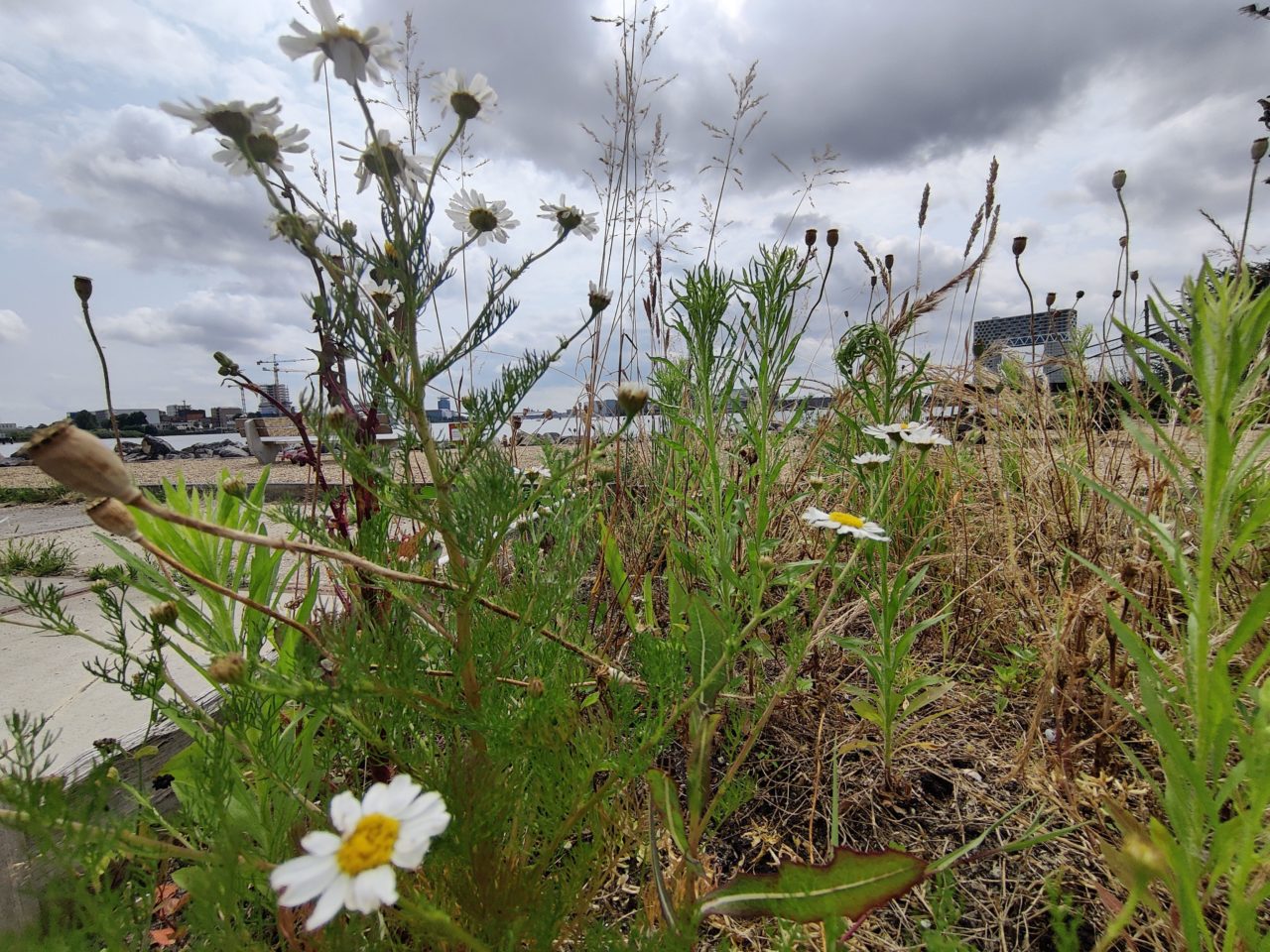 Around 1850, the territory was reclaimed from the water, and it was reclaimed to become an industrial area. From 1920 NDSM settled in this area with large shipbuilding. The scale is the precondition for the production of ever-expanding ships. There is a lot of space on land and water and most of the space remains unpaved, according to recent historical research by M&A. After the bankruptcy in 1983, the site fell into disuse, and the interim was over. The shipyard becomes a landscape in pause. I find many heaps of contaminated soil and pheasants in the mid-nineties during my first visits to the totally enclosed area. The wild and totally maladaptive strikes me. With human activities and plans for an adjacent urban district, comes zoning and ordering. The spontaneous is slowly curtailed; everything now seems regulated and raked in. But all of that changes if you really look closely….

With their 1m2 Green, Bart and Klaar are creating an hommage to wild, spontaneous urban nature at NDSM. They are also attempting to classify area-specific species, with plant pioneers on the wharf such as blackberry, elder, willow, etc. Which unruly plants invade space and survive on their own, in their own environment? What vegetation does the post-industrial landscape occupy and thus become specific to the area? The aim here is not to make a dry inventory or ‘value statement’, but a poetic ‘composition’ of what is spontaneous, and never intended to be categorized as a result. The project also contains field research into the shifting concepts of ‘rough’ spontaneous/wild and untouched areas. For this project Bart and Klaar will collaborate with M&A Amsterdam, city archaeologists, biologists and philosophers.

Stichitng NDSM-werf also asked artist K. Mac Bride to fill in a square meter of green space on the NDSM wharf. Click here for her vision on 1 m2 green.

About Bart and Klaar

Bart and Klaar have been working as a duo since 2005, based on the NDSM shipyard in Amsterdam, where they created their studio in the X-Helling as one of the pioneers. From an independent, critical position they try to initiate a conversation between different disciplines and schools of thought, about art, money and idealism.