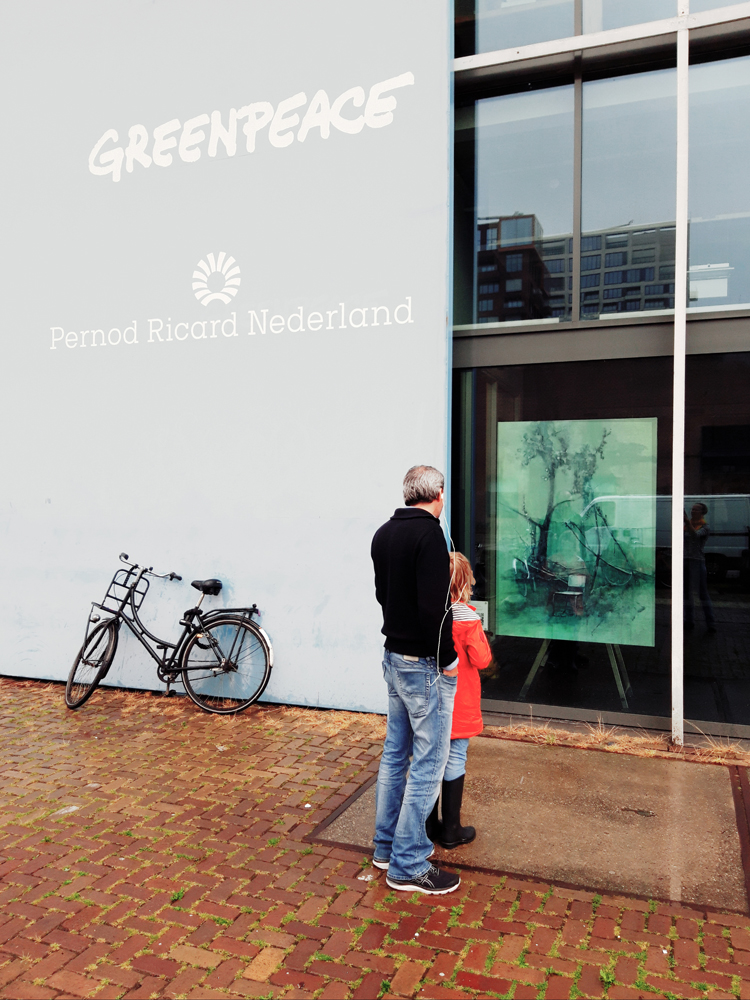 Since this week, you’re able to listen to an audiotour at the wharf which is part of the project ‘Home Dei’ by artist Carolien Wissing. The Homo Dei project consists 4 paintings, each with its own story, but together they form a larger whole. You can listen to the audio with your phone via the QR codes that hang next to the paintings.

The exhibition can be best compared to an audio tour in the museum, in which the NDSM square functions as a museum hall.

“I already had the idea of ​​adding audio to my paintings for another exhibition. I had just finished the audio fragments when everything was locked down because of Corona. After the first period of chaos and uncertainty, I realized that the story I want to tell with this project is very much going on right now in this Corona period”, Carolien says.

‘Homo Dei’ is about resetting and reinventing yourself. It is about putting old values aside, blow off the dust of forgotten values and thus creating space for a more pleasant version of yourself and – if we’re lucky – the world.

“The idea of ​​presenting the artworks behind glass arose quickly. A logical consequence of this was to ask companies at the NDSM for an available window. It took some time but once they understood what I had in mind, the companies were super enthusiastic. The result is a special outdoor art experience, without mouth cap or time slot, which can be viewed free of charge.”

This project is powered by: