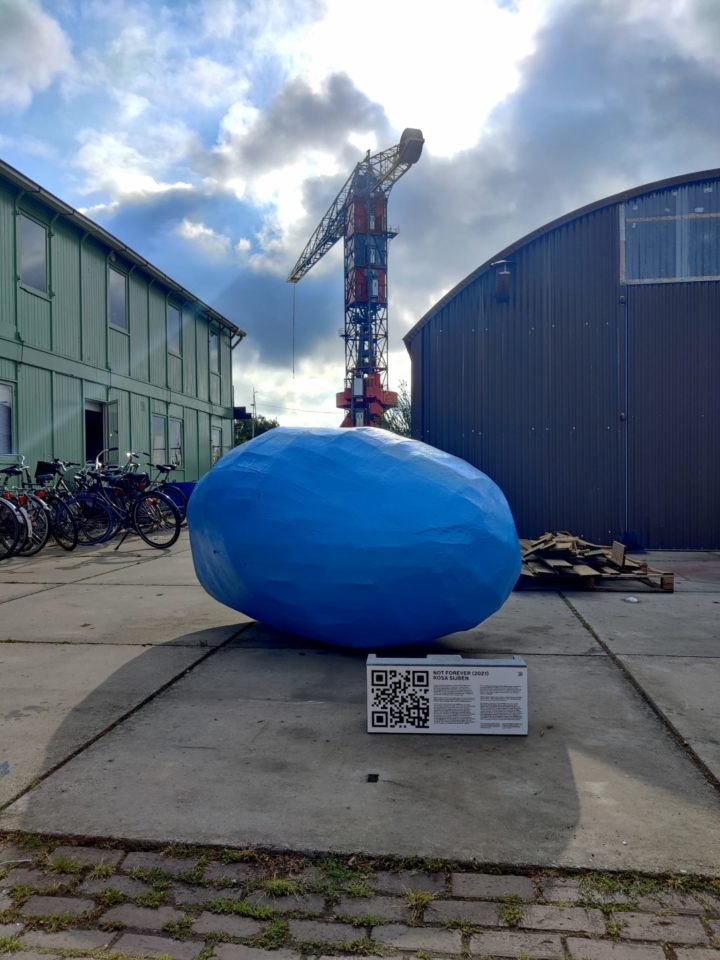 What should or could a monument be in 2021, for whom is it meant and who determines this? For our program series (Un)Monumenting, Stichting NDSM-werf invites artists to reflect on these questions by creating a work on the wharf. For (Un)Monumenting #2 visual artist Rosa Sijben was invited to make her vision on monuments on the NDSM wharf visible. On June 25, she will present her work Not Forever at the NDSM wharf.

‘The monument becomes visible only when it is removed’ – Sasha Pevak

For (Un)monumenting #2 Rosa Sijben creates a temporary and performative monument; two terms in which there is a strong contradiction, something of which she is fully aware. Is it still of this time to make a monument for eternity? Or should we look for other ways, angles, stories and forms that give room for change?

Rosa Sijben makes objects and creates a (performative) situation around them. These objects appear to have a practical use, but do not reveal their exact function. While infiltrating the logic of everyday life, they break with the everyday pursuit of efficiency. Sijben strives for an art practice that explores the ambiguous relationships and interactions between objects and humanity – a practice that makes us aware of our own position in relation to other people and other objects.

Not Forever is an hommage to what NDSM was, is, and its future interpretation that is under pressure from temporariness, a changing city and climate change. The object, which is reminiscent of a large boulder, is made up of remnants of the recently demolished building of Sociëteit Sexyland, formerly known as the Baanderij, the (temporary) makeshift canteen and society for the workers fo the shipwharf. The shell consists of biodegradable material that has limited water resistance. This emphasizes the volatile nature of the NDSM wharf and Sijben’s view on the need for continuous care and more fluid monuments that can change with the times and context.

The artist makes an attempt to capture the many-headed and layered soul of NDSM with this work, a soul that is something different for everyone. For 2 months, the boulder will ‘roam’ over the wharf, always under the care of another NDSM user and signifier. The relay makes the joint design, care and nurturing of the soul of the NDSM site into something tangible and essential. As a visitor you can see how each guardian approaches this in a different way and start a conversation with them, for example about the practical and symbolic consequences of the care task they have taken on. 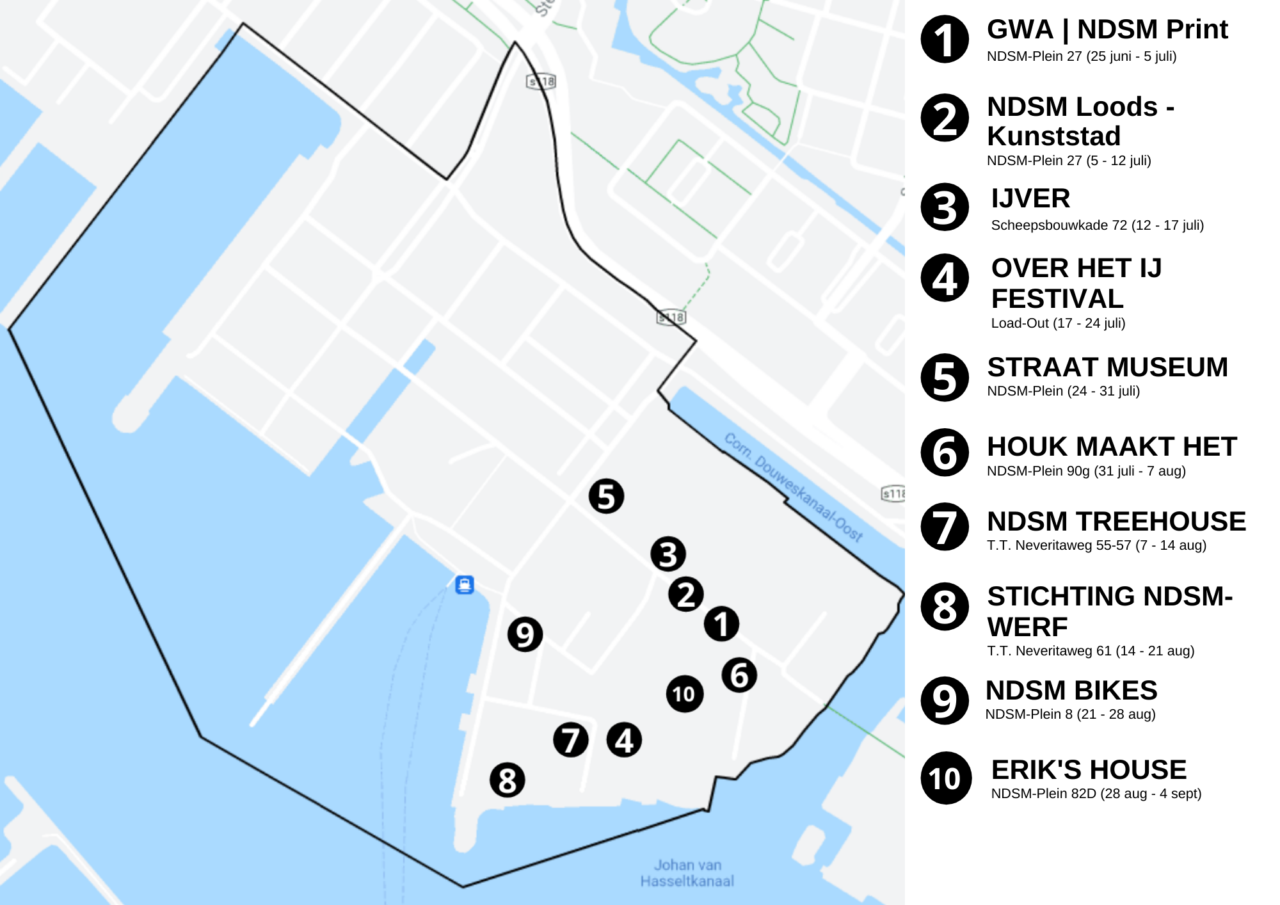 Homes of Not Forever

The global discussion about monuments means that Stichting NDSM-werf seizes this moment to bring the history of the shipyard more to the surface. What can a memorial be, mean and who has a voice in this? Who deserves to be present in public space and who feels represented (and who does not)? Based on the wish of Stichting NDSM-werf for a polyphonic public space, the foundation commissions various artists to give their vision on this on the wharf.

The (Un)monumenting project consists of several episodes: for each edition, the Stichting invites artists to reflect on the theme of monuments of the future. Currently (Un)monumenting #1, consisting of the work ‘Breathing of the City’ by the Frerara collective, can be seen on the NDSM Billboards. Work is also underway on (Un)monumenting #3, a video work by the Turkish-Dutch artist Belit Sağ in which she sheds light on the invisible history of the NDSM wharf. In the video, a collaboration with the Institute for Sound and Vision, Sağ uses archive material to investigate the role of female Turkish migrant workers on the construction site.