Sin in Jazz: THE SHUFFLE DEMONS

Sin in Jazz: THE SHUFFLE DEMONS 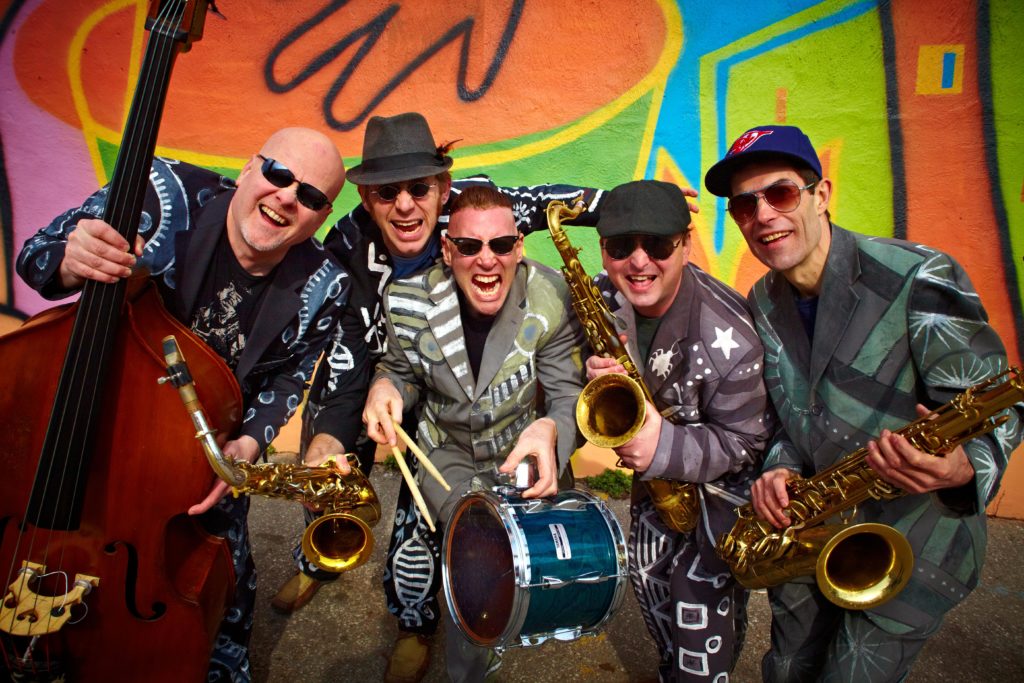 Saturday, July 28 unique concert of The Shuffle Demons takes place in the SIN on the NDSM in Amsterdam.

The most energetic and virtuoso jazz and funk band from Canada comes to the SIN. The Shuffle Demons broke through in the Canadian music scene for the first time in 1984 with an exciting musical fusion that originated from Sun Ra, Charles Mingus, Run DMC and the Beastie Boys.

In 1989, theater maker Pieter Post and The Shuffle Demons met at the street theater festival in Halifax – Canada. In no time they performed in each other’s performances. Not long after that, Pieter brought his new friends to The Netherlands for The International Super Street Performers Theater Show. MOJO organized a theater tour for two years in which the band played a prominent role. After that the band went extensively on tour in Europe and the rest of the world.

SPADINA BUS
With the Shuffle Demons, the SIN (Street Theater Institute Netherlands) gets a piece of street history. The Shuffle Demons, with their uplifting music, theatrical street performances in Gimi clothing (named after their Parisian / Gambian tailor) had their own Streetniks movement.

In 1986 John Gunn and Rob Fresco directed Spadina Bus. One of the very first music videos. Spadina Bus became a hit and was quickly followed by the Out of My House, Roach (directed by Joel Goldberg). They sold more independent albums than anyone else (15,000), were nominated for a Juno, won five CASBY Awards for their videos and toured like crazy.

And now they are back. With a tour through Europe and the SIN as a unique playground in the Netherlands. And that while only 50 people fit in the SIN. It is not for nothing that we call it unique.