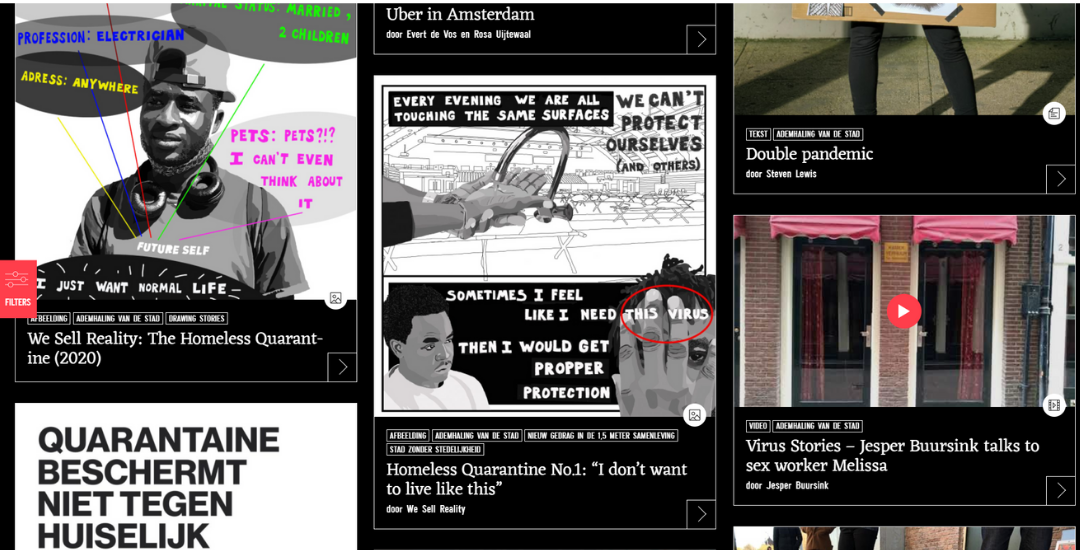 After the first exhibition hall ‘Interveining Public Space’, the online museum room ‘Ademhaling van de Stad’ (breath of the city) can now also be seen online in the Amsterdam Museum. The hall is dedicated to these unique corona times in which the contrasts in the city around us become increasingly visible. In this time the city is kept going by many invisible players who sometimes cannot or may not claim their spot in the public space. Many of these people do not have the luxury of working from home, think of sex workers or cleaners, for example. “Ademhaling van de stad” highlights these city dwellers in particular and puts them on a pedestal in the form of a temporary monument.

The title of the hall is inspired by the project of the same name by the artist collective Frerara, which can be seen from April to the end of June on the NDSM Billboards as part of our own program (Un) monumenting.