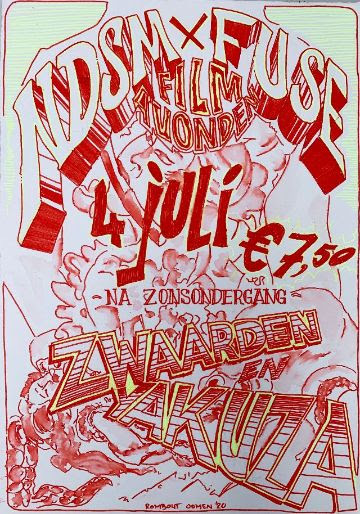 For the first time in the history of NDSM-FUSE we are organizing a film-night. On the 4th of July, we will Not start with independent American movies, but with a couple of hilarious Japanese productions, based on the evergreen theme of Samurai and Crooks.

Swords and Yakuza film night will start after sunset at our NDSM-FUSE venue. Bar is open during the film, so you won’t get thirsty!