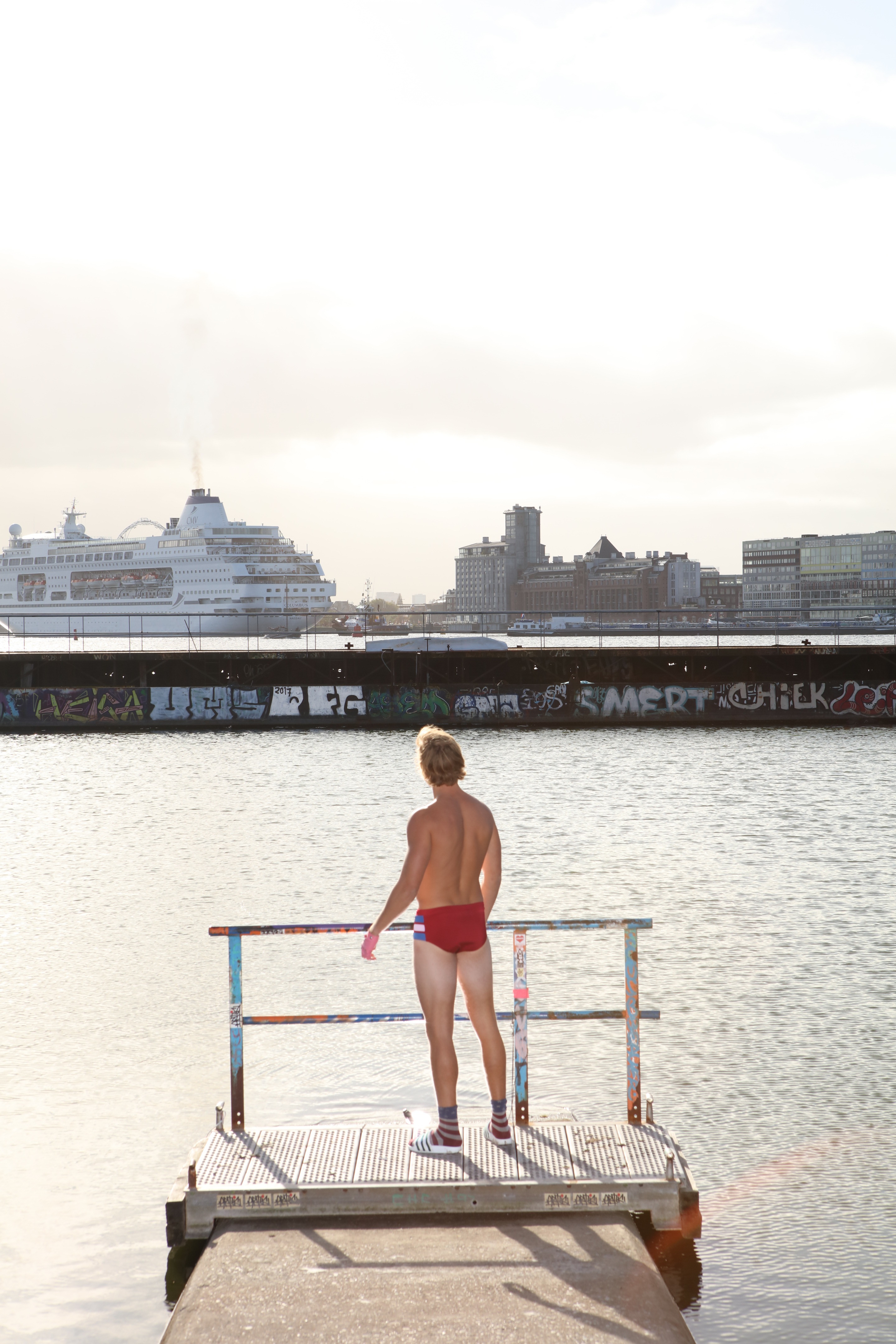 Exhibition – works by Jaap Scheeren at NDSM-werf Amsterdam’s NDSM-werf forms the backdrop for a dozen otherworldly/uncanny scenarios by visual artist Jaap Scheeren (Nijmegen, 1979). The series of life-size photographs – depicting the area’s unique character and ‘grassroots culture’ with a detailed eye – is presented across the terrain itself. Monument to temporality The NDSM terrain is one of the most charismatic places in Amsterdam. Its expanse, industrial buildings and rough, somewhat disorderly, atmosphere contrast with the picturesque neighbourhoods on the south side of the water and the well-kept residential areas surrounding it. It is also an area in transition, with development plans looming on the horizon. With the forecast of these future projections, an exciting temporal dynamic has germinated, with its current users overrunning the urban landscape.

On behalf of Stichting NDSM-werf, Jaap Scheeren roamed the terrain for a few months, getting to know the place and its community, and developed the project For keeps / Om te houden, which can be seen as a monument to temporality. Metropolitan Fairy Tales Jaap Scheeren’s work has a unique, fairy-tale quality. During his explorations, strange scenarios arise, which he subsequently stages. Once this story is well and truly set in motion, the artist throws in an oddity: steps away from the scene, so to speak, pretending he is nothing more than a passerby. In almost off-the-cuff style, Scheeren’s landscape portraits parade the unique quality of the NDSM as a place filled with imagination. The absurdist relativism of these metropolitan fairy tales is more than a witty tribute to fantasy. It reminds us, in the never-ending beat of city-life, how important it is to find space for the unexpected.

Exhibition
The photographic series For keeps / Om te houden is presented across the NDSM terrain and can be located using an exhibition map.

Publication
A publication in the form of a series of postcards has been produced as a part of the exhibition. This costs €6,- and is available at various locations.

Map
Maps for the exhibition are available at Pllek, Societeit SEXYLAND, NDSM bikes, Noorderlicht and the Expo Store in the NDSM Loods and also here: plattegrond