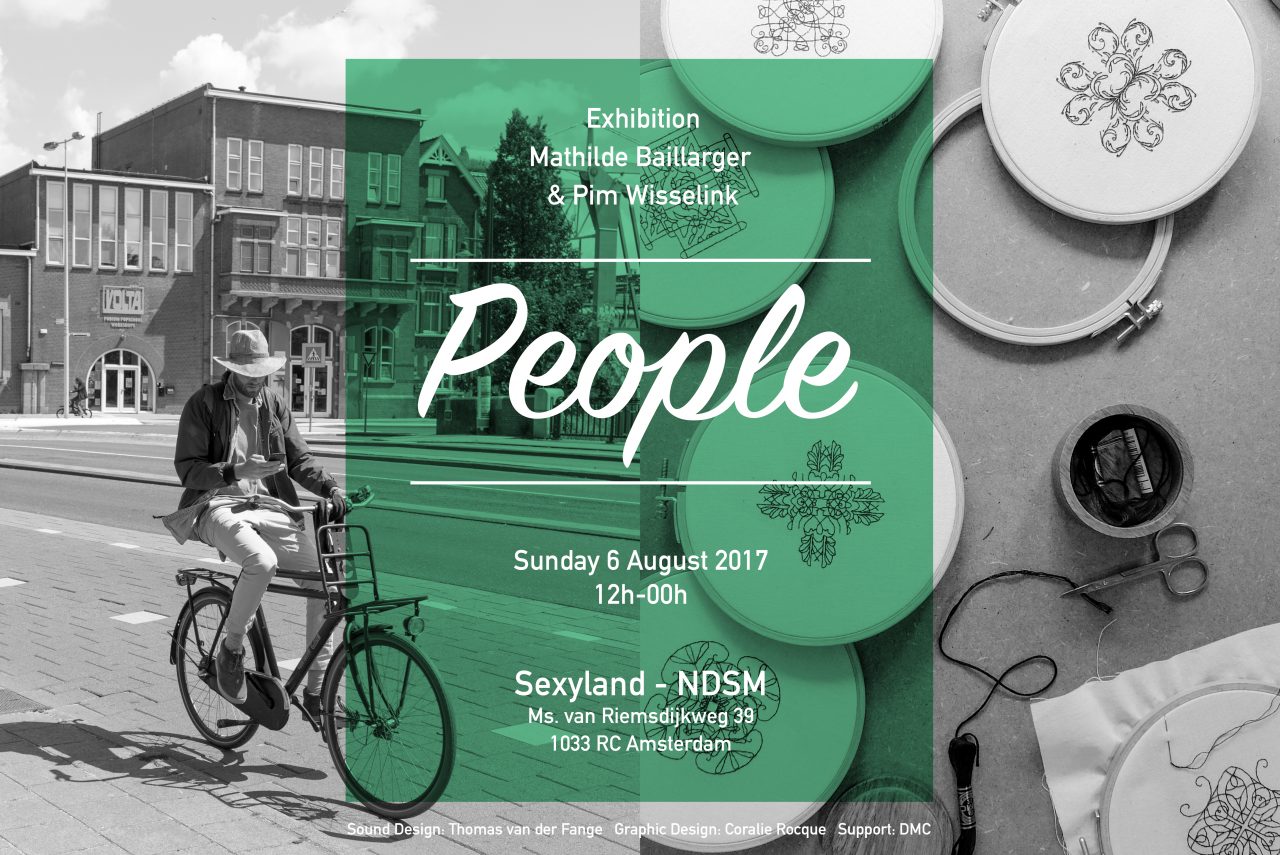 Mathilde Baillarger, textile designer, will present her project « The 178 faces of Amsterdam ». A collection of embroidery highlighting the vast diversity of nationalities of the residents of Amsterdam. Amsterdam is currently the most cosmopolitan city of the world, in diversity of nationalities. It’s this facet of the city, often underestimated by these inhabitants themselves, that is at the heart of her project. Put the spectator in front of this multiculturalism.

In connection with Mathildes project Pim Wisselink, photographer, presents his project, Social Mirrors, where he observes the residents of Amsterdam and questions its habits. The serie is a search to the reason why people have the urge to use there cellphone when they are in transit. He observes people that he meets on the go and he captures that moment. His goal for the serie is to find an answer to the question if there is natural tendency for our excessive smartphone usage.