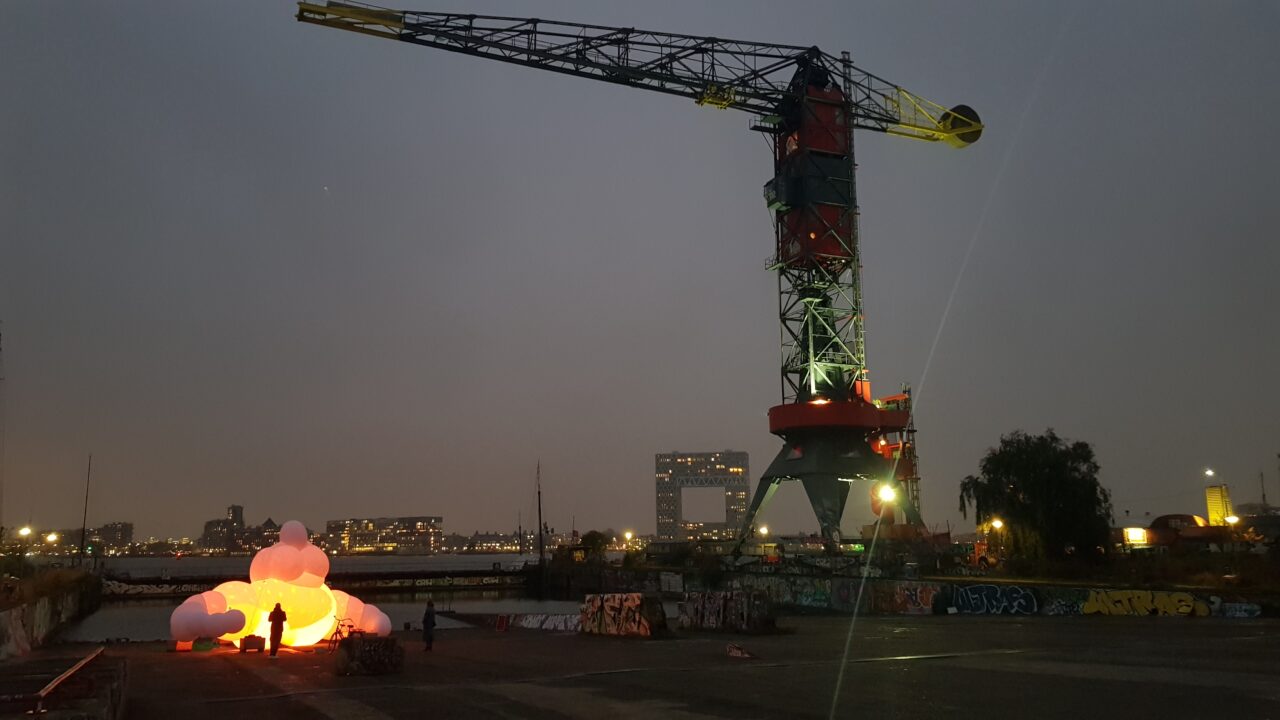 This winter months Stichting NDSM-werf presents (Come To) Light, an exhibition consisting of four light works. With their works, four international makers highlight themes or persons that are important to them. They answer the question: who or what should be more in the spotlight in public spaces? The works are free to visit and can be found all over the NDSM area.

Curator Petra Heck: “With this exhibition, Stichting NDSM-werf wants to make the public spaces of the former shipyard more ‘public’. What the foundation wants to achieve with this is more space for (the discussion around) public values and multi-voicedness. We also want to make the historical and cultural value of the area tangible through various artistic interventions.”

The South African artist Goldendean (Dean Hutton) makes inflatables, stemming from the contours of their own body. In doing so, Hutton addresses the personal and political experience of hypervisibility: being visible (fat, queer, trans body) and simultaneously invisible and insignificant (fat, queer, trans body). Especially for the site, they created Big Fat Trans Light MerQueer; a hybrid between human and sea monster that seems to have crawled out of the IJ-river with tentacles. They took inspiration from “Mamlambo,” a river goddess with a reptilian appearance from South African and Zulu mythology, but who is often depicted as a mermaid. When captured, she is said to provide prosperity.

Johannes Büttner (Germany) presents sculptures that he made on behalf of Into Nature, an exhibition in Bargerveen in Drenthe (NL) curated by Hans den Hartog Jager, in which focussed on energy. Büttner’s luminous sculptures work on batteries made of aluminum oxide crystals. Because they (theoretically) keep on recharging themselves, these batteries provide infinite energy. Büttner had the batteries designed by ‘free-energy engineers’, an online community that believes environmentally friendly, sustainable and free energy sources have existed for a long time but are hidden by large companies and governments for their own self-interest, but is that true? Johannes raises questions about what becomes visible in the public (online) sphere.

Alice Wong and Crys Leung (The Netherlands) designed a large reflective circle for the shipyard that connects the fragmented elements on NDSM. With this they refer to circles as a ritual space.

belit sağ’s work Memories of an Archive focuses on the first generation of women from Turkey who followed their husbands who moved to the Netherlands in the 1970s. Despite the fact that the NDSM shipyard was a prominent place in the history of labor migration in the Netherlands, there was no place at NDSM for these (and many other) women. Even in the archives, information about them has been limited to loose, often context-free fragments. This work speculates what would happen if these women, hidden in the archives, did take up space on this site. Through her video and augmented reality installation, sağ gives a place to the fragments that seep through the cracks of the archive. By bringing these to the surface, the role of NDSM as a location in the migration history of Amsterdam becomes visible. 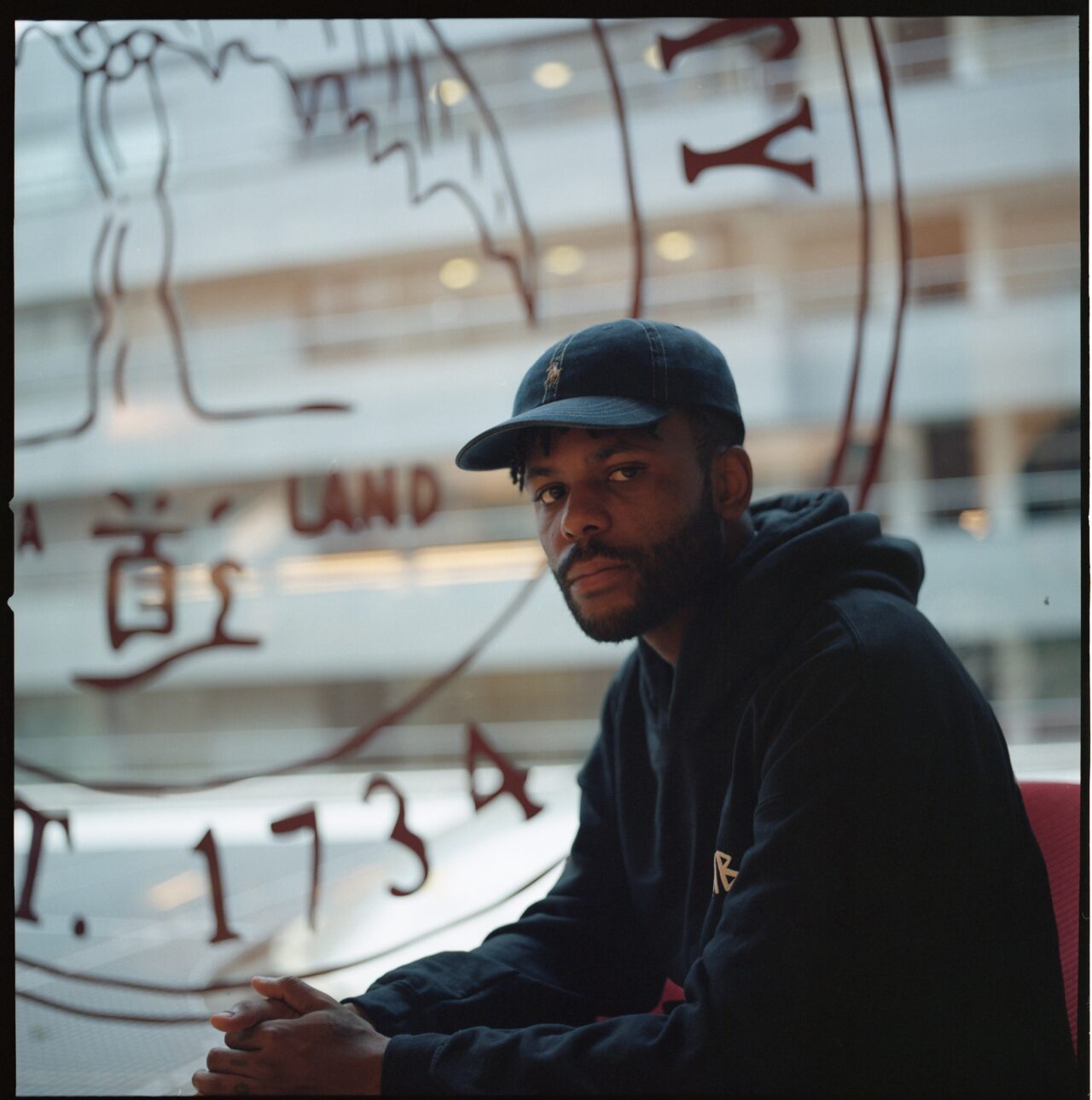 Spotlight on young and upcoming talent

Every year, Stichting NDSM-werf gives space to young curators to realize something in the public space within the context of NDSM. This year, during the opening of (Come to) Light, Isabeau Keurntjes (freelance producer and working for Paradiso) presents performances by, among others, poet Gershwin Bonevacia and writer Soortkill (SMIB), around the creation of light and giving light.